In 2019, the average asking rent for office space in Morrisville was $23.36 per square foot, and the office vacancy rate across the market averaged 6.15 %. During 2019, developers added 498,149 square feet of new office space to the Morrisville market inventory. Office developments estimated for delivery during 2020 total 646,085 square feet. 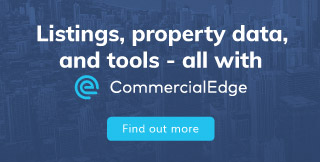 The Morrisville office market contains an inventory of 12,012,090 square feet of office space, in 120 buildings that are equal to or larger than 25,000 square feet.

This market trends report is based on analysis of city-level data. Averages were calculated based on values dated January 1st 2019 through December 31st 2019. Construction pipeline data shown is valid as of April 2020. The information on this page was compiled using data provided by our sister company, CommercialEdge – a market intelligence solution which offers comprehensive knowledge on all Morrisville commercial properties sized 25,000 square feet or larger.