The Bay Area concluded its 10th consecutive quarter with sales totaling in excess of $1 billion. Prices climbed past the $500 mark and rested at $519 per square foot at the close of Q3. Assets traded in the 18 sales to close in the Bay Area from July through September 2018 encompassed 4.2 million square feet of office space.

The largest deal to close during Q3 was in the San Francisco office market. The Vanbarton Group sold the 301 Howard Street building to a joint venture formed by DivcoWest and the California State Teachers Retirement System. The 23-story office property commanded roughly $952 per square foot.

The San Francisco submarket of San Mateo is home to the third-priciest office transaction of the quarter. Hudson Pacific Properties sold its remaining portion of the Peninsula Office Park to a joint venture between Invesco and Harvest Properties. The six-building asset commanded $212 million, and the deal was reportedly an all cash transaction. 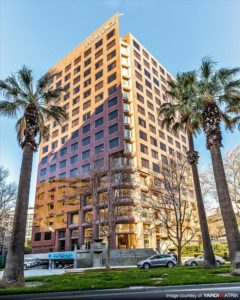 The Bay Area office market began the year with a 41% drop in sales, coming down from a pretty good Q4, when deals amounted to nearly $2 billion. After keeping steady at roughly $1.5 billion per quarter for the first half of the year, Q3 saw a positive rebound. Office investment across the Bay Area market amounted to just over $1.7 billion in Q3, which was just 3% lower year-over-year.

Average prices rested at $519 per square foot at the close of the third quarter, climbing a sharp 39% year-over-year, and 38% compared to Q2. More than 4.2 million square feet of Bay Area office space changed hands this past quarter. Although this was 15% more than in Q2, the amount of inventory traded was 6% less compared to Q3 2017.

In the largest office deal to close during Q3 in the Bay Area, Jay Paul CO. paid $284 million for the City View Plaza complex in Downtown San Jose. The mixed-use Class A campus includes high-rise and mid-rise office buildings, retail and restaurant space, as well as a plaza with outdoor seating, artwork and water features. Seller Equus Capital Partners recently set out to make upgrades to the 600,000-square-foot complex, and the plaza. Located blocks from light rail stops and about a mile from the Diridon Caltrain and transit station, the property presents excellent accessibility. Reportedly, this is Jay Paul Co.’s only San Jose property so far and was an all-cash acquisition. 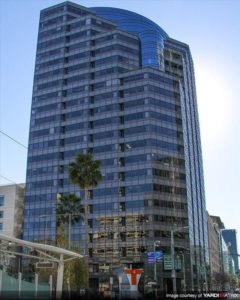 Recent trends may be an indication that the market is still readjusting after an exceptionally good 2016. Sales activity on the San Francisco office market picked up during Q2 only to slow down again between July and September. The nine office deals to close this past quarter amounted to just over $725 million in sales, marking a 31% drop year-over-year, and a steep 43% decrease compared to Q2.

Just over 1.3 million square feet of inventory changed hands on the San Francisco office market in Q3. Prices climbed 4% compared to the previous quarter and rested at $588 per square foot, marking a 21% increase year-over-year. Though still below the $700-per-square-foot records seen on the market in 2016 and at the close of last year, San Francisco office prices are holding well above the market’s mid-$500’s historical average.

San Francisco-based DivcoWest and CalSTRS partnered up for the biggest buy of the quarter. The joint venture paid $293 million for the 23-story Class A office tower at 301 Howard St. New York real estate investment firm Vanbarton Group had previously acquired the property for $200 million in January 2015, and reportedly sold it at 99% occupancy this July.

Although the largest office property to be delivered during Q3 was Facebook’s 512,900-square-foot MPK 21, developers working in the Bay Area take the cake. The Moffett Towers II Building 1 and Building 2, totaling just over 700,000 square feet, were delivered in July. The five-building office complex that is being developed in Sunnyvale by Jay Paul Co. and Level 10, is reportedly already fully leased and off the market—two of the buildings will be occupied by Amazon, while the remaining three, totaling a lease of some 1 million square feet, will be home to Facebook operations.

The top five projects due for delivery during Q4 total nearly 5.3 million square feet. Whether or not this will be the quarter when Apple Park will finally be marked “complete,” it is the largest project that is scheduled for delivery in the Bay Area office market.

John Buck Co.’s Park Tower at Transbay in San Francisco is due to come online before the end of November. The 755,900-square-foot Class A office property at 250 Howard St., is fully leased to Facebook. The deal reportedly made Mark Zuckerberg’s growing enterprise one of San Francisco’s largest commercial tenants in less than a year.

For this report, we relied on Yardi Matrix data to analyze all office transactions to close in the Bay Area and San Francisco markets during the third quarter of 2018 (July through September), and we selected only those with price tags equal to or larger than $5 million each. Our research, based on sales data recorded up until October 29th, 2018, includes completed office buildings that are equal to or larger than 50,000 square feet. Regarding mixed-use assets, only properties including over 50% office space were considered. Portfolio deals were counted as single transactions, while distressed sales were excluded altogether. To ensure that the trends and comparisons presented in our report are valid, we also excluded ‘ownership stake,’ ‘ground lease,’ ‘controlling interest,’ ‘portfolio’ and ‘undisclosed’ deals from our calculation of the average price per square foot.

Although we have made every effort to ensure the accuracy, timeliness and completeness of the information included in this report, the data is provided “as is” and neither CommercialCafe nor Yardi Matrix can guarantee that the information provided herein is exhaustive.

Previous Story:
What Are Air Rights and Why Are They So Important in CRE?

Next Story:
10 Contemporary Female US Architects Who Are Making A Difference