Paramount Closes 2 Lease Deals for 1301 Avenue of the Americas

Paramount Group secured two new leases at 1301 Avenue of the Americas with French bank Credit Agricole and Boston-based SVB Leerink. The two deals filled roughly 190,000 square feet of vacant office space in the 45-story building, which was more than 71% leased as of June 30.

The larger of the two — a 167,000-square-foot lease — represented a downsizing of Credit Agricole’s footprint in Midtown, where it has been headquartered for several years. The French banking group shrank its presence at 1301 Avenue of the Americas from its previous 240,000 square feet. Cushman & Wakefield’s Paul Ferraro and Deb Van Der Heyden handled the negotiations on behalf of the lessee.

Meanwhile, SVB Leerink — an investment bank specializing in healthcare and life sciences — signed up for more than double the Midtown Manhattan office space it had previously occupied. Its former lease was for the 40,811 square feet on the 12th floor of the property, whereas the new, 13-year deal expanded that to 112,000 square feet spread across the entire 13th floor, as well as part of the sixth floor. Erik Schamll and Scott Weiss of Savills Studley represented the tenant. 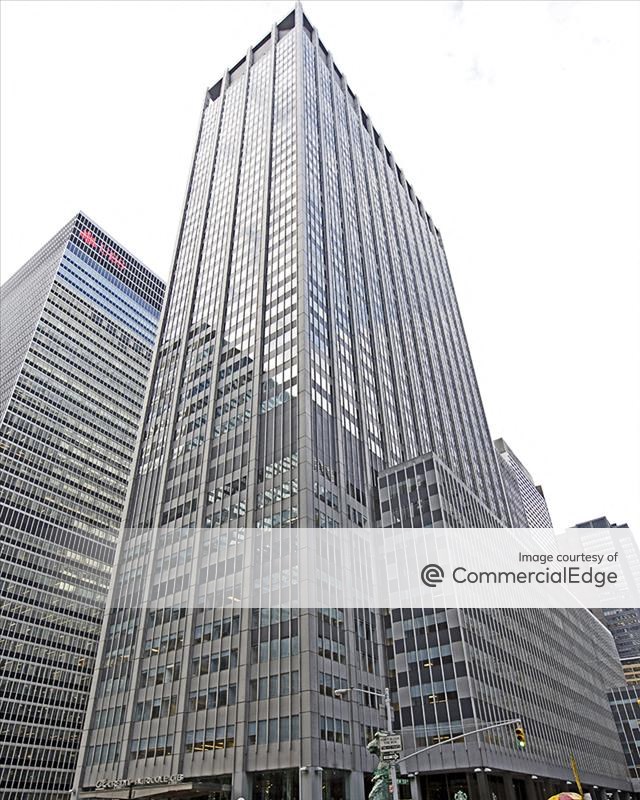 1301 Avenue of the Americas, New York

“With these lease signings, Credit Agricole CIB continues to utilize the building as the headquarters for its Americas operations, and SVB Leerink more than doubles its footprint in the building,” said Peter Brindley, executive vice president and head of real estate at Paramount. “We remain focused on leasing the remaining availability at the building, aggregating approximately 269,500 square feet of contiguous space on floors two through five. These two significant commitments by discerning and high-quality tenants demonstrate the importance of 1301 Avenue of the Americas’ central location and superior property attributes.”

Situated between West 52nd and West 53rd streets, the 1.7-million-square-foot property is LEED Gold-certified and recently underwent cosmetic renovations. It offers views of Central Park and 30,000 square feet of ground floor retail space, as well as access to the subway and Rockefeller Center’s selection of stores and restaurants. Current tenants in the building include the likes of: Swiss Re, Arent Fox, Rubenstein Public Relations, Oaktree Capital Management, CohnReznick and Norton Rose Fulbright.