The recent quarantines and travel bans have driven companies to new lengths in order to stay open and operational. Now, possibly more than ever before, we are in the middle of the largest work-from-home (WFH) experiment in history.

Meanwhile, those who have already been working from home understand the importance of internet connectivity and speed. They know that video conferences and remote desktops take up a lot of bandwidth—and that not every place is equal in terms of accessibility and speed.

So, using data from the U.S. Census Bureau and BROADBANDNOW, we compared and ranked the best cities and states for internet connectivity and speed to see where it’s easiest to work from home. Specifically, we used metrics that considered the number of households with active internet subscriptions that have at least one computer.

In this day and age, the internet is almost everywhere. Keep scrolling to check out the top 20 cities for connectivity, as well as the fastest and slowest internet connections by state.

The top city for internet subscriptions is none other than Silicon Valley itself: San Jose, California, where 93.3% of households have an internet subscription. It’s no surprise that the tech capital of the U.S. has the most internet connections. As a result, knowledge workers and creatives here are supremely positioned to thrive in a WFH scenario.

San Diego is a close second, with 93% of households having an internet subscription. The biotech industry is prominent in San Diego, so WFH is definitely a possibility for its many residents. Notably, California as a state is actually 36th in the nation for speed. So, while many people are connected, the speeds aren’t quite up to par with the East Coast states. 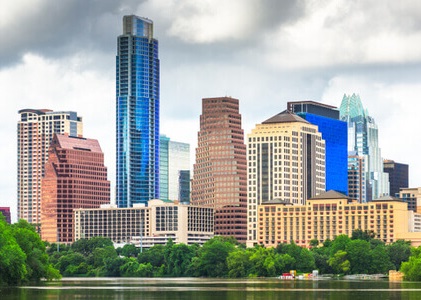 Rounding out the top five are the major tech hubs—Seattle, Austin and Portland—with subscription levels of 91.5%, 91.4% and 90.7%, respectively. Seattle is, of course, home to Amazon and Microsoft, which are pioneers in the tech industry. As such, WFH has been easy here for years. And, while Austin and Portland came in a bit later to the tech boom, they have nonetheless wasted no time in connecting their populations.

Mid-Atlantic: Faster Internet Than the West

The Mid-Atlantic states overwhelmingly occupy the top 10 states for download speeds, measured in megabits per second (Mbps). In particular, New Jersey, Maryland and Virginia are the top three with speeds greater than 48 Mbps, topping out at 52 Mbps in New Jersey. In fact, the only state in the top 10 that’s not in the Mid-Atlantic or Northeast region is Texas at #4 with 46.9 Mbps.

Conversely, Montana, Maine and Vermont rank at the bottom of internet speeds in the country, dropping as low as 20.3 Mbps in Montana. One of the reasons for this may be that these states are more sparsely populated than urban states like New York, Illinois and North Carolina. This trend seems to hold true throughout other less-dense states, as well; South Dakota, Wyoming, Idaho and Mississippi all have average speeds of less than 27 Mbps.

While WFH is the overwhelming trend in creative and knowledge work right now, it’s plain to see that some locations are better than others when it comes to connectivity and speed. As technology improves and expands—and our work habits as a society change—look to these stats to shift in the future.

Coworking spaces have long become a common occurrence in innovative cities, offering everything from lightning-fast internet to all the amenities to be expected of a top-tier office. If you’re considering joining up, here are what some of the most vibrant coworking markets in the U.S. have to offer:

Census Bureau data from 2018: the number of paid internet subscriptions by total number of households.

All cities included have a population of at least 500,000.

The Internet Average Speed is from BROADBANDNOW‘s 2018 report.

Next Story:
10 Essential Tips to Stay Productive while Working from Home