Leasing at 505 Fifth Ave. has been busy recently. Mesoblast, an Australian-based pharmaceutical company; Brean Capital, an investment bank; and Brownstone Investment Group all signed new deals at the Class-A, glass-clad property on the northwest corner of Bryant Park in Midtown Manhattan.

The 28-story 505 Fifth Ave. building sits at the corner of Fifth Ave. and 42nd St. — a superb location with the New York City Library, Bryant Park and Grand Central Terminal all within walking distance nearby. The mixed-use property was built in 2004 and offers 275,000 square feet of prime office space for rent in New York City, as well as 30,000 square feet of retail space. Contrary to the majority of New York City office buildings, 505 Fifth was constructed using a cast-in-place concrete structure, allowing for a level of safety that exceeds area building codes. It also allows 11-foot ceiling heights and fewer columns, thereby providing tenants with more options for office space layouts.

Mesoblast has actually been subleasing its space from fashion company Carlo Pazolini since 2005. But, according to JLL, this newly signed, three-year lease represents a direct relationship with the owners of the building, Stawski Partners. The office space is 16,052 square feet and comprises the entire third floor. At the time of signing, asking rents ranged from $78 to $88 per square foot.

Mesoblast focuses on the development of treatments for chronic illnesses in which inflammation is a key component, such as autoimmune diseases, chronic back pain and cardiovascular disease. The company is headquartered in Melbourne, Australia, with offices in New York City and Singapore.

Investment bank Brean Capital also signed a lease for an entire floor: It took the fifth floor — which is also 16,052 square feet. Brean signed a six-year lease with Stawski Partners. JLL reports that Brean is relocating from its current Midtown Manhattan office space at 3 Times Square to their new offices at 505 Fifth.

Brean Capital operates across many facets of finance, including fixed-income, loan origination, trading and investment banking. Its offices are primarily located on the East Coast from Boston to Florida, but it also has offices in Chicago, Ill., and Kirkland, Wash.

Brownstone Investment Group, a full-service broker-dealer, is also establishing a direct relationship with the owners after signing a 10-year lease. Brownstone was also subleasing its 10th-floor, 10,717-square-foot office space from Carlo Pazolini.

“This is an ideal property for prospective tenants seeking a high-quality space with superior access to talent, new construction/infrastructure and mass transit options,” Glickman said. “These leases highlight the enduring demand for space that benefits from the creative energy of New York City.” 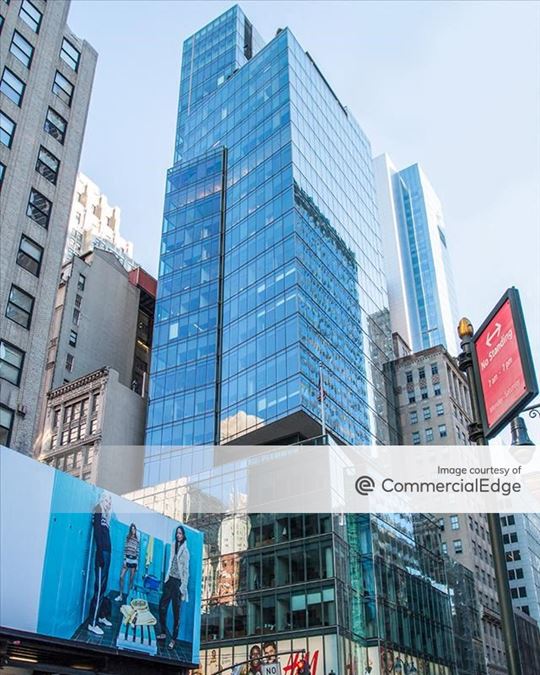 Next Story:
Return to the Office: Keeping the Workspace Safe & Healthy in 2021

Patrick McGregor is a senior writer covering the real estate industry and overall economic trends in the United States for several Yardi product publications. He also holds an MBA from Thunderbird School of Global Management. Patrick was previously a commercial real estate analyst at Yardi Matrix for five years. His work has appeared in Bisnow, GlobeSt, The Real Deal, Business Insider, The Denver Post, The Motley Fool.