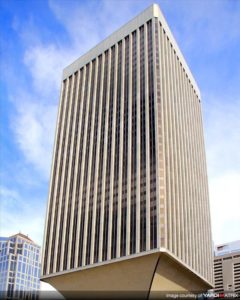 Despite being on the hunt for the location of a massive second headquarters, Amazon continues to expand in its hometown and has committed to the entire office portion of Seattle’s Rainier Square Tower.

Amazon is on a record-breaking streak. According to the Seattle Times, this lease is among the biggest in the city’s history, it’s the largest space owned by any Seattle company in a single building, and adds to the nearly 20% of the city’s premier office space that Amazon already owns, which is the most of any company, in any major U.S. market. 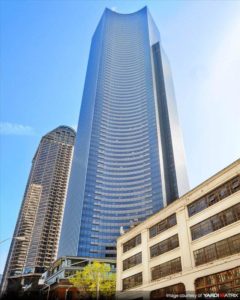 Upon completion, which is expected in 2019, the 58-story Rainier Square addition will be Seattle’s second-tallest building, after Columbia Center. The office portion will house up to 3,500 additional Amazon employees, who will also have access to the second and fourth floors, where the project incorporates conference rooms and outdoor space.

Planned amenities include a full-service Equinox® fitness club and a 20,000-square-foot organic food market, as well as retail on the first and second floors.

Wright Runstad CEO Jon Runstad said of the $570-million development: “The significance of Rainier Square to the city cannot be overstated. The project’s striking design and mix of uses will give new focus, energy and excitement to what has always been the strategic center to our downtown core. We are very proud to be a part of it and thrilled to achieve this critical milestone.”

Next Story:
Which Cities Command the Highest Property Taxes for Office Buildings?