Following its most active year in a decade, the Los Angeles office market recorded a rather slow first quarter in 2017, in terms of both sales volume and average price per square foot. However, with an unemployment rate of 4.8% as of February and solid job gains driving demand across all asset classes, office sales activity in L.A. County is likely to pick up the pace in the upcoming months.

We used Yardi Matrix data to analyze all Q1 sales for office buildings larger than 50,000 square feet (see ‘Methodology’ section). We also looked at new office projects scheduled for completion in the second quarter of 2017, using the same data source.

Despite the drop in sales volume in Q1, Los Angeles County fared better than other California office markets: the San Francisco County office scene came in second, with $1.35 billion in sales volume in Q1, while the Bay Area market was home to 17 deals totaling $1.30 billion. The slowest start of the year among the markets we analyzed was recorded in Sacramento, where just three office deals exceeded the $5 million mark, totaling $50 million in Q1 sales volume.

The average price per square foot for a Los Angeles County office building dropped nearly 46% from Q4 2016, when assets traded at $539 per square foot. The average price rested at $294 in Q1 2017—a 21% drop year-over-year and the lowest quarterly number since Q4 2015 (our calculation of the average per-square-foot price excluded partial stake, ground lease and portfolio deals). Nonetheless, the drastic drop in average per-square-foot prices is likely just a consequence of heavy new office construction in the area and rising vacancy rates–according to Colliers, there is currently 5.6 million square feet of new office development in the Los Angeles Basin market, most of which is scheduled for delivery in 2017. 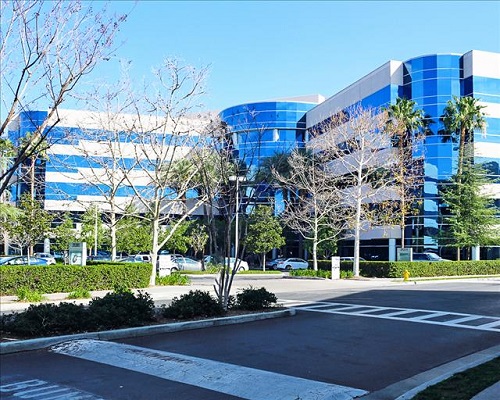 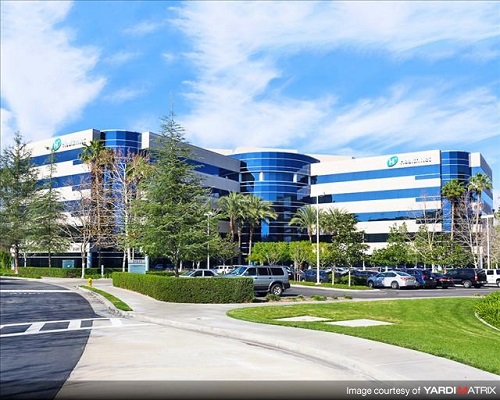 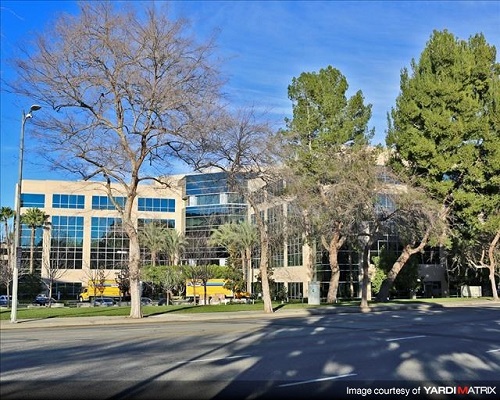 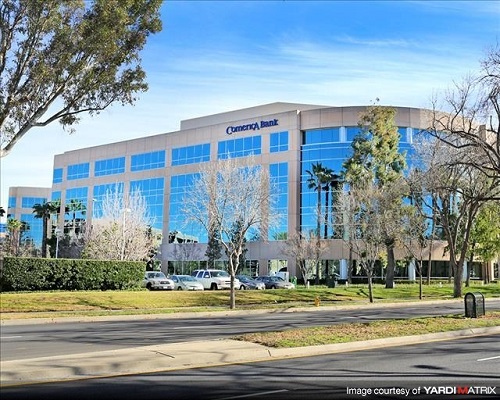 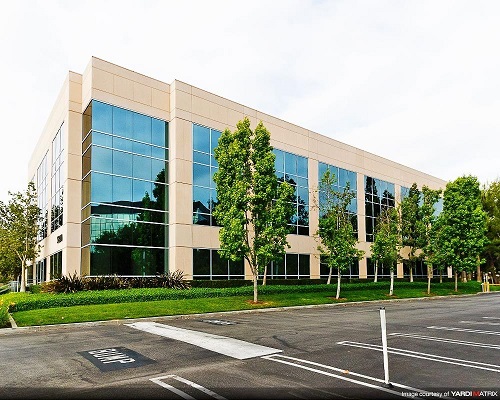 There were 22 office deals over $5 million and exceeding 50,000 square feet to trade on the Los Angeles office market in the first months of 2017, for a total sales volume of $1.5 billion. The largest office transaction recorded in Q1 closed in February, when Oaktree Capital Management paid $236 million to Hines Interests for five buildings within the Warner Center development in Woodland Hills, Calif. The office properties located at 21271, 21281 and 21301 Burbank Blvd. traded alongside 5700 and 5820 Canoga Ave. for $291 per square foot, together with two parking garages, according to The Real Deal. Woodland Hills was home to two other large Q1 office sales—the $51 million sale of 21021 and 21031 Ventura Blvd. and the $22 million sale of 6200 Canoga Ave. Los Angeles was the setting for five office transactions so far in 2017, the largest one being the $168 million sale of three Malibu and Playa Vista assets to Chicago-based LaSalle Investment Management. Check out the full list of large Q1 office transactions below:

What’s Next? Office Projects on Track for Q2 Delivery

There are currently 11 large office developments totaling 2.8 million square feet scheduled for completion in Q2 2017, 8 of them located in Los Angeles. The largest project to come online in Q2 will also be the tallest building in L.A. and California and the tallest building west of the Mississippi River: Hanjin International’s 73-story Wilshire Grand Center at 900 Wilshire Blvd. The 1,100-foot skyscraper has surpassed the U.S. Bank Tower by 82 feet, and is scheduled for completion in late May. The developer is a subsidiary of South Korea-based Hanjin Group, which is also the parent company of the now-bankrupt Hanjin Shipping.

About the Author / Ioana Neamt

Having previously served as a writer and editor for Commercial Property Executive and Multi-Housing News, Ioana made the switch to writing for CommercialCafe in 2017. With 5 years of experience writing about real estate, Ioana now covers CRE news and writes in-depth analyses of the U.S. real estate market.