Brian Ball, Secretary of Commerce and Trade in the Northam administration, declared a great day for the Commonwealth of Virginia, as well as for their neighbors in Washington D.C., and Maryland, yesterday, when the official announcement was made that half of the much touted Amazon HQ2 is to be built in Northern Virginia. The location, branded as National Landing, includes parts of the Pentagon City and Crystal City neighborhoods in Arlington, and Potomac Yards in Alexandria.

The e-commerce giant plans to occupy 1 million square feet at One Court Square in Queens, while its official other HQ2 is being built in Long Island City.

Amazon’s operations at National Landing will add to an already significant presence in Virginia. According to statements made by Governor Northam yesterday, the retailer has so far invested $29 billion and created 8,500 full-time jobs in the region. Performance-based incentive offerings of up to $750 million will benefit the retail giant if the company creates a total of 37,850 new, qualifying jobs at National Landing.

Amazon VP of Public Policy, Brian Huseman, stated that the company will start hiring at the new location in 2019 and added that the construction and operation of the new headquarters is expected to create tens of thousands of jobs in addition to the company’s direct hiring investment. Amazon will reportedly lease roughly 500,000 square feet from JBG Smith, which is also selling several major development sites to the retailer and will act as the development partner and fee manager to Amazon, as the company builds out its NoVa headquarters campus. 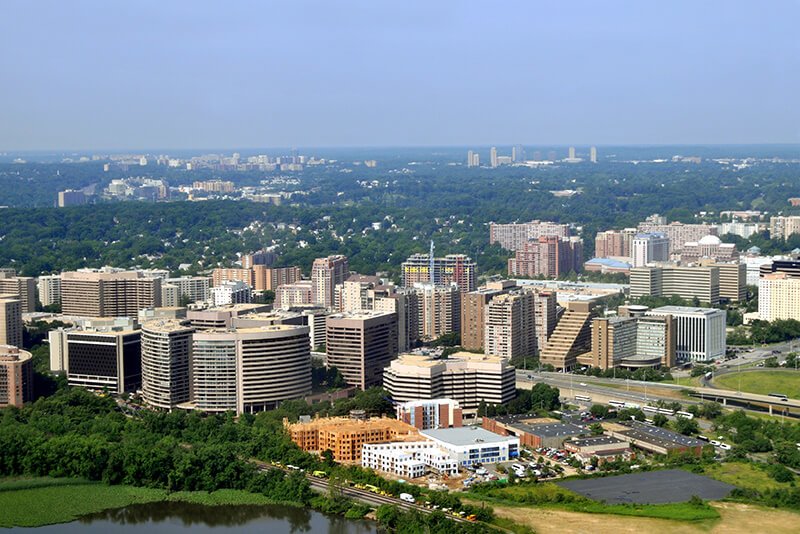 The deal is at least a very good match for the economic direction of the region, as the state was already discussing ways to diversify away from government work and focus economic development on tech, when Amazon’s initial request for proposals was launched. Governor Northam’s statements yesterday laid out a comprehensive 20-year strategy to expand the region’s tech talent pool, which was a focal point in the Northern Virginia proposal, along with extensive infrastructure improvements.

Investments aimed at doubling Virginia’s tech talent pipeline through 2028 include: 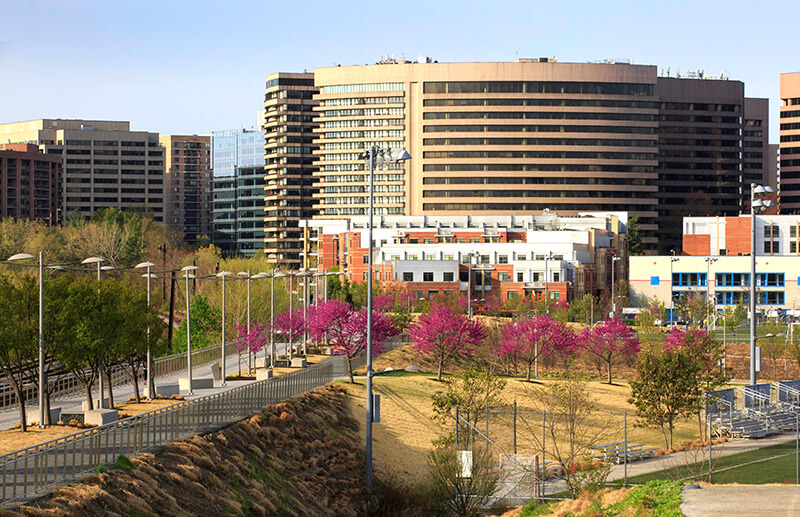 The Crystal City real estate market is mostly former government office towers and residential high-rises that date back to the 1970s and 1980s. The submarket had a vacancy rate of 23% in Q3

Planned infrastructure investments towards minimizing Amazon HQ2’s impact on the region include $295 million in transportation projects that will benefit the National Landing site and strengthen the regional transportation system. Yesterday, Huseman applauded the site’s already excellent transit access, with three metro stations, commuter rail access, and Ronald Reagan Washington National Airport all within walking distance of National Landing. Huseman added that the company is looking forward to benefiting from transportation project investments that will include improvements to Route 1 and the metro system, as well as new access to the airport.

According to Governor Northam’s statements, the Virginia Housing Development Authority, Arlington County and the City of Alexandria, along with several local partners, are also planning significant investment in affordable and workforce housing. Matthew James, representative in the Virginia House of Delegates serving the 80th District, also spoke about the plan to minimize the Amazon development’s impact on the region’s housing market. Delegate James confirmed the Virginia Housing Authority commitment to invest $15 million per year in affordable housing in the region, in addition to the state’s existing contributions.

CEO of JBG Smith, Matt Kelly, detailed the company’s plans to revitalize National Landing with new retail, apartment housing, and office space totaling over 7 million square feet. Kelly stated that, before the end of this year, construction will begin on 130,000 square feet of new retail on Crystal Drive anchored by an Alamo Theatre. The developer will move forward with plans for up to 4,000 new apartment units and roughly 4 million square feet of commercial space to be delivered in the coming years. JBG Smith’s CEO also stated the company’s commitment to develop or preserve up to 3,000 units of affordable workforce housing throughout the region, over the next 10 years, as part of the Washington Housing Initiative.

Katie Cristol, Chair of the Arlington County Board of Supervisors, ensured attendees at the press conference that all new construction will contribute towards Arlington’s green and sustainable building and design goals, and all matters and decisions related to the Amazon project will be considered carefully up to and following the final community vote, which is scheduled to take place in February 2019.

Previous Story:
Looking for a Career Boost? Check Out These CRE Associations

Next Story:
Amazon to Take 1M SF at One Court Square as Part of HQ2 Long Island City Plan