Just two years after purchasing the Presidents Plaza towers in the O’Hare International Airport area of Chicago, the owners — Angelo Gordon and Glenstar Properties — have successfully refinanced the two-property complex for nearly $147.5 million.

The LEED Silver-certified Presidents Plaza sits on 14.1 acres at 8600-8700 West Bryn Mawr Ave., east of O’Hare along the Blue Line. Completed in 1982, each of the two properties has two towers that are connected by a three-story glass atrium. The complex encompasses some of the best office space for rent in Chicago. Both properties, totaling 821,000 square feet of prime Class A office space, went through extensive renovations in 2011 and have also had updates as recently as 2019.

The debt was arranged by Dustin Stolly and Jordan Roeschlaub — Newmark’s New York debt and structured finance team vice chairmen and co-heads — as well as Senior Managing Directors Chris Kramer and Nick Scribani; Director Eden Abraham; and Associate Ben Kroll. The balance sheet debt was provided by Bank of America in the refinance.

The updates to the properties — along with the shoring up of tenants both prior to and during the pandemic — strengthened the position of these assets, which led to heavy competition between lenders in this deal.

“The appetite from the lender community on this opportunity was tremendous,” Roeschlaub said. “The continued execution of the business plan post-COVID was a clear indicator to the lending community that this office product is still clearly in demand.”

Presidents Plaza has many amenities that are expected of top-tier office properties, such as an expansive terrace; Midtown Fitness center; Loop Lounge for tenants that features pool tables and a bar; a hair studio; City Line Café; and an underground car wash. Additionally, the newly upgraded lobby features a glass atrium and is directly across from the tenant lounge.

“The Angelo Gordon and Glenstar teams did an exceptional job revamping this asset and now have very favorable financing in place to continue to reap the benefits of significant mark-to-market upside,” Stolly said.

This refinance comes on the heels of another refinancing that Angelo Gordon completed on a 16-property suburban office portfolio across the Long Island market last month. The $350 million securitized debt refinance was led by Barclays and Citibank. The portfolio is a combination of both traditional and medical office properties — owned jointly with The We’re Group — and consists of more than 2 million square feet of Long Island office space. Angelo Gordon purchased a controlling interest in the portfolio in 2019. 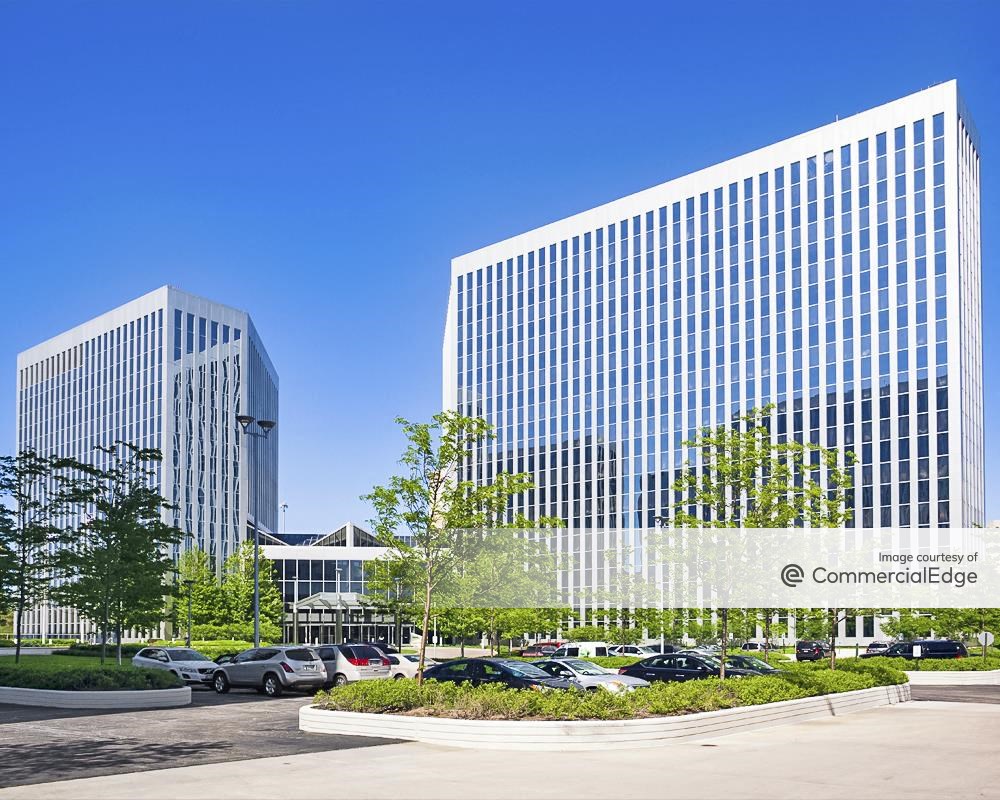 Angelo Gordon was established in 1988. It’s headquartered in New York City and currently has roughly $43 billion in assets under management.

Glenstar Properties oversees more than 9 million square feet of office, residential, and retail space and operates out of offices in Chicago and Dallas.

Previous Story:
Return to the Office: Keeping the Workspace Safe & Healthy in 2021

Next Story:
One Town Center Sells in Boca Raton’s Largest Office Deal of 2021

Patrick McGregor is a senior writer covering the real estate industry and overall economic trends in the United States for several Yardi product publications. He also holds an MBA from Thunderbird School of Global Management. Patrick was previously a commercial real estate analyst at Yardi Matrix for five years. His work has appeared in Bisnow, GlobeSt, The Real Deal, Business Insider, The Denver Post, The Motley Fool.