Rosenthal Wine Merchant (RWM) signed a seven-year lease deal for 6,000 square feet of office space at Two Trees-owned Ten Grand Street in Brooklyn. The new tenant will occupy the entire 22nd floor of the 45-story building situated between Kent Ave. and River St., with the move-in scheduled for September of this year.

Both tenant and landlord were represented in-house by a team that included Alyssa Zahler, Elizabeth Bueno and Michelle Trevino. Other tenants at Ten Grand Street include shampoo-maker Prose and recruitment firm X4. Roberta’s pizzeria, Other Half Brewing Co., OddFellows Ice Cream and Two Hands café occupy ground-floor retail space within the building.

RWM plans to make the Brooklyn office space into its new headquarters, moving some of its staff from its current offices at 45 Main St. in Dumbo. Founder Neal Rosenthal envisions the offices as more than just a workplace.

“In addition to being the headquarters for the Rosenthal Wine Merchant team, our office at Ten Grand will also allow me to share my other passions — among them food, design, travel and the arts — with the world through both private events and experiences open to the public,” he said. 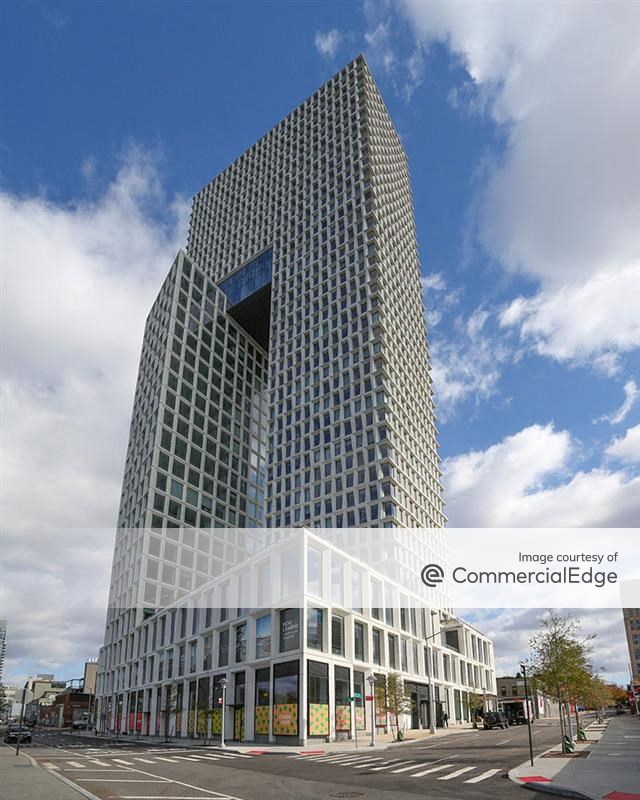 Renovation work on the new Rosenthal space is expected to start in a few weeks and will be handled by Pseudonym Studio.

Ten Grand Street opened in the fall of 2019 as a mixed-use development, encompassing 150,000 square feet of office space along the tower’s northern leg, with residential units along its southern leg and the connecting portion on top. Amenities include a pool and outdoor lounge area, conference rooms, a bike locker and a fitness center.

The 45-story building is part of Two Trees’ massive 11-acre redevelopment of the former Domino Sugar Refinery. So far, the company has completed two of the four planned buildings for the site – 325 Kent Ave. and Ten Grand Street – as well as a six-acre green space called Domino Park.

Previous Story:
How and When Will the Largest U.S. Companies Return to the Office?