Smells Like Seattle Spirit: Adaptive Reuse in the Emerald City

Over the years, the concept of adaptive reuse has gained more and more traction across all major U.S. cities. The process allows for significant historic buildings to be preserved or brought back to life, even if converted to a different use than their original purpose. By repositioning obsolete buildings, their unique features can be preserved, all the while accommodating changes in demand and technology. As a result, adaptive reuse projects can serve to revitalize their surrounding areas and fuel economic development, without losing that authentic feel.

Office space in Seattle is no stranger to adaptive reuse projects. The Emerald City boasts a strong historic preservation program and a clear commitment to preserving its architectural gems. We’ve enlisted the help of Yardi Matrix data to compile a list of the city’s most notable adaptive reuse efforts. Here are some highlights: 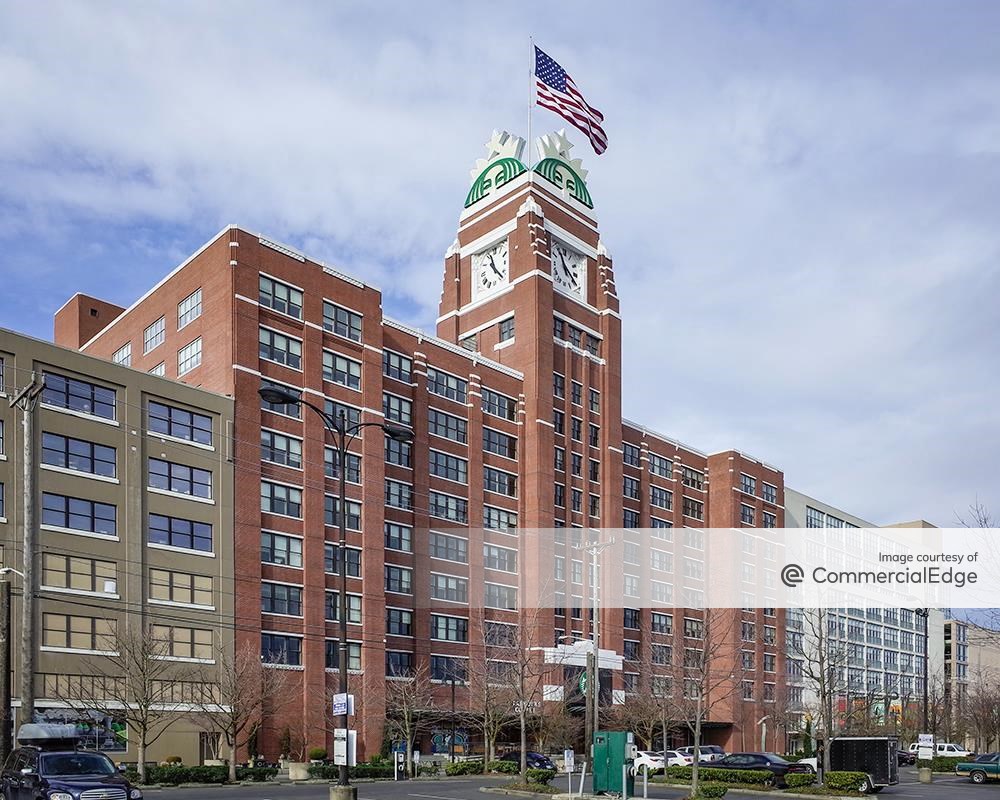 Starbucks’ world headquarters and the largest multi-tenant building by floor space in Seattle, the iconic property at 2401 Utah Avenue South is the city’s most notable adaptive reuse project to date. This Industrial District staple was built in 1912 by the Union Pacific Railroad, and was home to Sears, Roebuck & Co. until 1987. In 1992, local developer Nitze-Stagen converted the building to office space and Starbucks began moving its administrative offices here one year later. In 1997, the coffee-house chain became the building’s primary tenant and also secured the naming rights for the property formerly known as the SoDo (South of Downtown) Center. The Starbucks Center currently encompasses more than 2 million square feet of space, with the tenant roster also including Office Max and Key Bank. The asset is also the largest and oldest building in the country to earn a national green certification (LEED Gold). 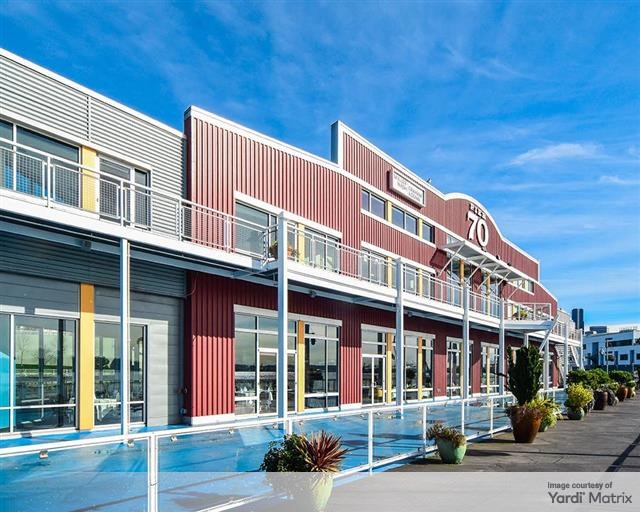 Originally built by Ainsworth and Dunn in 1902 as Pier 14, the property at 2801 Alaskan Way underwent many different alterations over the years. Though it retains its historic shape, the pier was remodeled in 1915 after a fire, remodeled again in the 1970s and underwent its final transformation in the late 1990s, when it was converted to Class B office space. The location once served as the headquarters for tech company Go2Net, which was later acquired by InfoSpace (now Blucora). Pier 70 is currently owned and managed by Goodman Real Estate and features 104,742 square feet of space, according to Yardi Matrix data. The three-story building also includes 15,000 square feet of retail and an on-site conference center. 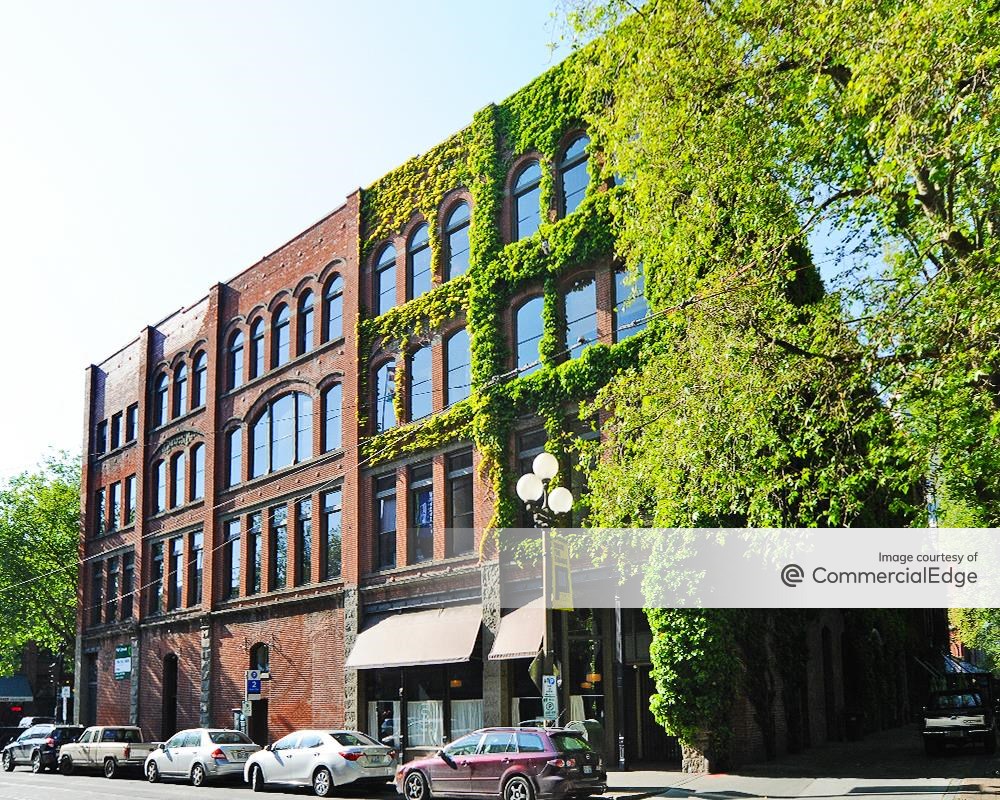 Located in downtown Seattle’s Pioneer Square, this historic property was built for office use back in 1889, just after the Great Seattle Fire. The asset, also known as the Squire Latimer Building or Grand Central on the Park, was turned into the Grand Central Hotel in 1897, as a means of accommodating people during the Klondike Gold Rush, according to the Puget Sound Business Journal. Then, in 1972, the building was converted back to office space and is now home to office tenants and the Grand Central Bakery. Current owner Unico Properties paid $16.5 million to acquire the property from Goodman Real Estate in November 2014. 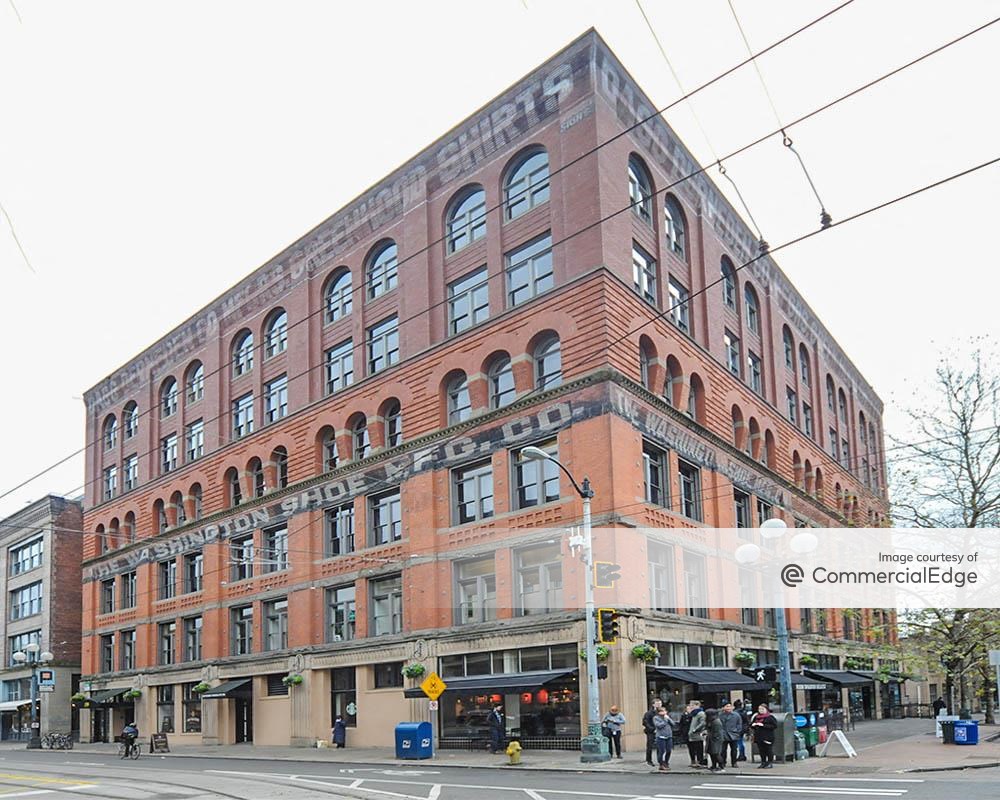 The quirky, two-toned building at 159 S. Jackson St. in Pioneer Square was originally constructed back in 1892 by John M. Frink with the help of architects Boone & Willcox. The location housed the Washington Shoe Company for eight decades, and the property is still known as the Washington Shoe Building to this day. In the late 1990s, the Samis Land Co., which owned the building, commissioned architects Ron Wright & Associates to remodel the structure for office and retail use. The rehabbing project sparked some controversy at the time, according to The New York Times, as owner Sam Israel refused to renew leases at the site in order to move forward with the repositioning. The six-story, 79,920-square-foot building is currently home to a variety of office and retail tenants, including Starbucks, Zynga and Olson Kundig Architects. 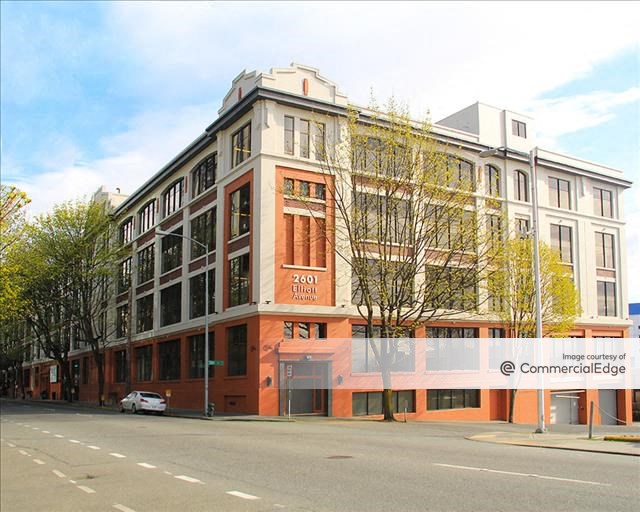 The six-story, 335,149-square-foot Belltown building was constructed in 1916 and served as a warehouse and manufacturing facility for the American Can Corp. In 1976, the building underwent a renovation and conversion to an apparel mart, before undergoing a final, $16 million conversion to Class A office space in 1998. The building served as the headquarters for RealNetworks Inc., which used to occupy roughly 80% of the structure. When the company moved to Seattle’s SoDo neighborhood in 2013, Zulily stepped in and moved its headquarters to the building. The Seattle Trade & Technology Center is also home to the Art Institute of Seattle, and was a recipient of the NAIOP CBD Office Development of the Year, according to FAUL. The center is currently owned by J.P. Morgan Asset Management, which acquired the building from Shorenstein in 2015 for $170 million. 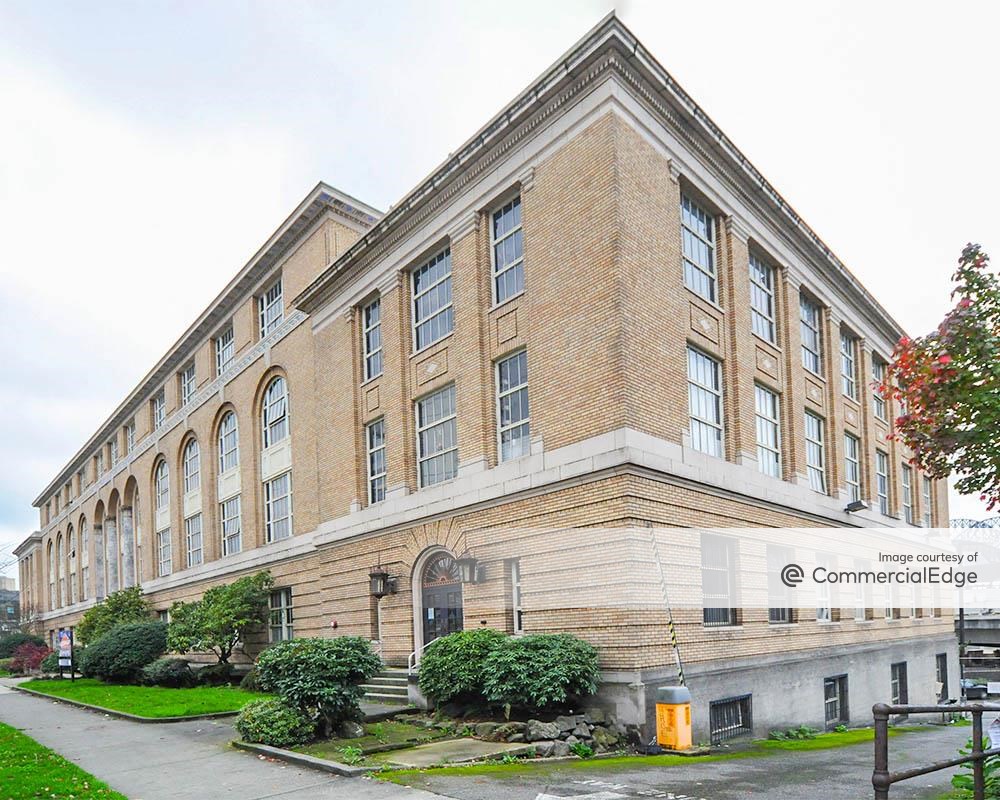 The four-story, 77,000-square-foot Pioneer Square landmark was constructed in 1930 as a governmental building and was converted to office space in 1979. The property housed the U.S. Immigrant Station and Assay Office up until 2004 when the station closed following the construction of a new detention center in Tacoma. In 2009, MRJ Constructors paid $4.4 million to acquire the property from the U.S. General Services Administration, and a complete overhaul of the asset followed in 2011, with the help of a $9.7 million construction loan funded by the City of Seattle Office of Economic Development. The building was then reopened as the Inscape Arts Building, housing 108 artist studios and creative office space. 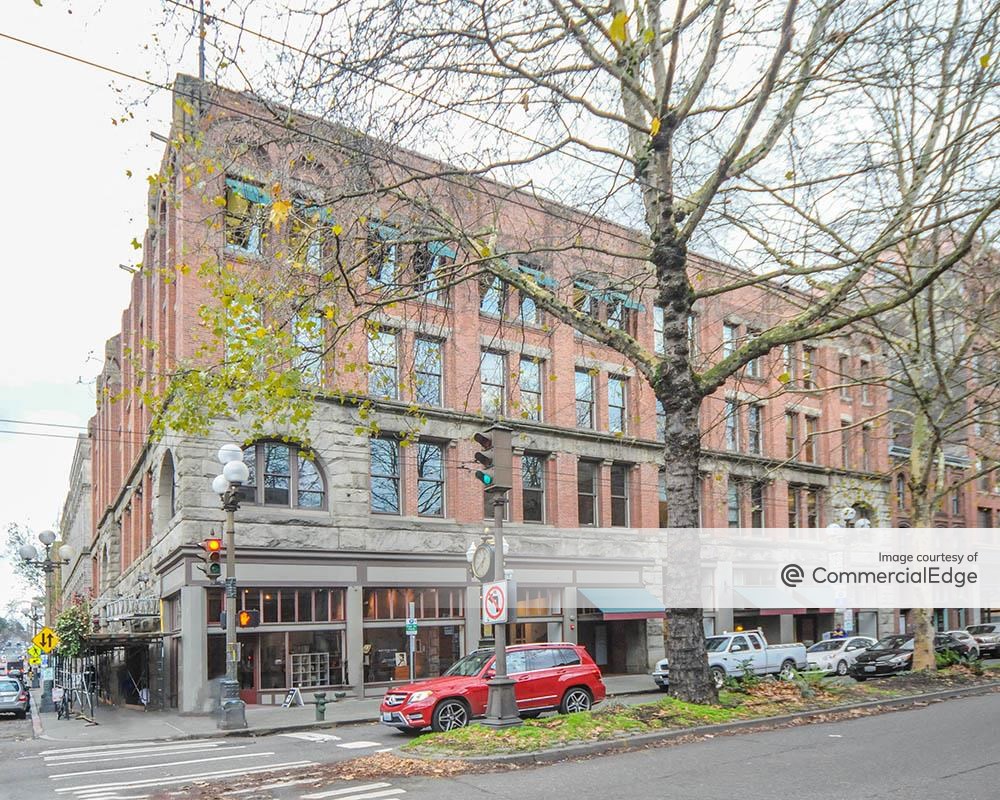 Part of a trio of historic 1st Avenue buildings that includes the Beebe Building and the Hotel Cecil, the Globe Building is a designated Seattle landmark. Built in 1900 by the Clise Investment Co. in the Italian Renaissance Revival style, the three buildings occupy the entire west side of 1st Avenue’s 1000 block. The Globe Building used to house the offices of the Clise Investment Co., the Globe Navigation Co., The Seattle News-Letter, The New York Commercial Co. and the Centennial Mill Co. Since 1982, the building has been home to the Alexis Hotel, which, as of 2016, is part of Kimpton Hotels & Restaurants’ portfolio. 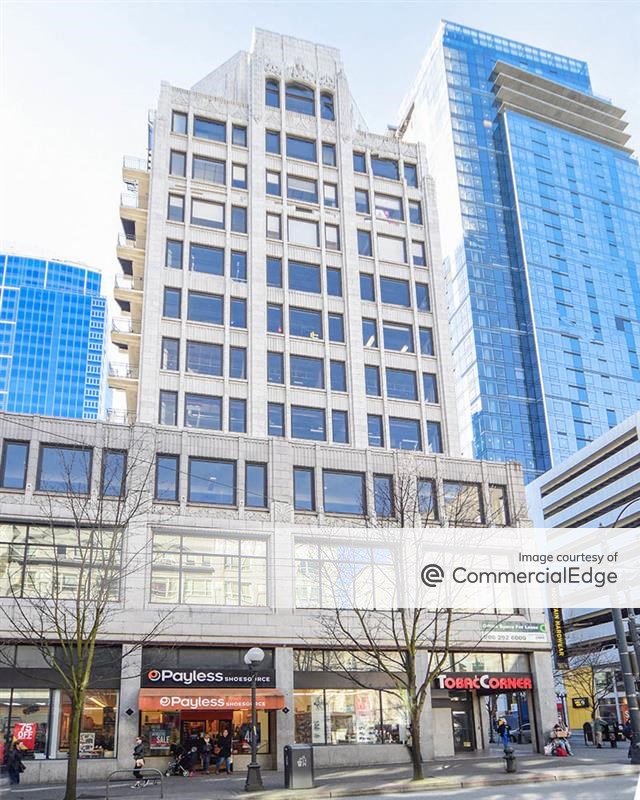 The 12-story Olympic Tower was built for retail use in 1929 and was initially dubbed United Shopping Center. This ‘vertical shopping’ concept proved a failure, as the stores weren’t as easily accessible as street-level retail, and the tower was converted to office space in 1933, when the Northwestern Mutual Fire Association took over the majority of the space and renamed the building the Northwestern Mutual Insurance Building. In 1974, the company moved to a new office at the Financial Center on Fourth Avenue, and the tower was acquired by a subsidiary of the Olympic Savings & Loan Association in 1979. After an extensive renovation effort, the building became the headquarters of Olympic Savings and was renamed the Olympic Tower. In November 1998, the tower changed hands once again when it was acquired by the late Taiwanese businessman Paul B. Liao for $8.3 million, according to Yardi Matrix data. The property features 76,805 square feet of space and includes 9,000 square feet of retail and an on-site conference center.