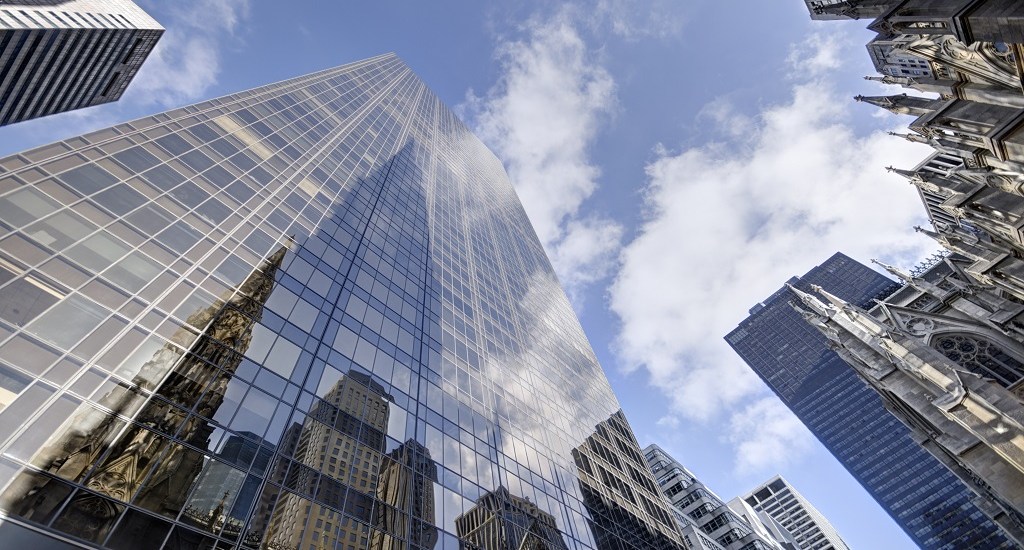 Looking at the 50 largest office sales to close during 2018 across the country, we found an interesting mix of investors. In addition to the established CRE players, the list of buyers and sellers of top-priced U.S. real estate also features names like Google, Disney, and Samsung.

Two high-profile acquisitions made by the company behind the world’s favorite internet search engine amounted to roughly $3.4 billion and ranked first and third in our top 50. Google’s expansion across the U.S. continues, as the company recently announced plans to invest an additional $13 billion this year in data centers and offices nationwide.

In July 2018, The Walt Disney Company paid upwards of $600 million for the rights to develop a Trinity Church-owned site in Hudson Square, Lower Manhattan. The deal offered 1.2 million buildable square feet for 99 years, and it is where Disney plans to consolidate most of its New York operations, including offices and production spaces.

Check out the full list in the table below and read on for more on the 2018 top 50 U.S. office sales roundup. 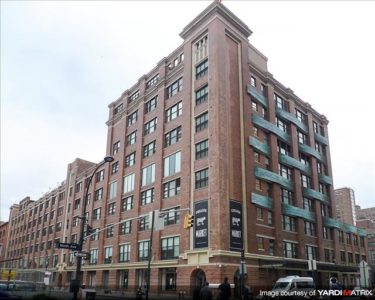 Technology giant Google wrapped the largest deals of the year in both New York and California. Closing at $2.4 billion, the acquisition of the Chelsea Market building topped all other U.S. office sales in 2018.

This 1.1 million square feet of office space in Midtown Manhattan is just a part of Google’s growing presence in the city. The company has occupied space in the Chelsea building since 2008 and reportedly plans to add 300,000 more square feet to the property. Google also owns its massive 2.9 million-square-foot NYC headquarters at 111 8th Ave. – across the street from its latest acquisition – and leases a combined total of 880,000 square feet at Pier 57 and at 85 57th Ave. According to the Wall Street Journal, Google is also in talks with Oxford Property Group to either lease or buy its planned 1.3 million-square-foot St. John’s Terminal office development in the West Village, which is scheduled for completion in 2022.

In November, Google forked over another billion dollars to close on HCP’s Britannia Shoreline Technology Park in Mountain View, a deal that landed third in our nationwide top 50. The acquisition of the 52-acre, 12-building property marked California’s largest office sale in 2018, and considerably expanded the company’s core campus area. Shoreline is located a few blocks east of the Googleplex headquarters and across the street from the site where Google is working on its dome campus. 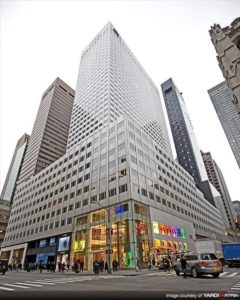 In the second-largest office sale to close in 2018, Toronto-based Brookfield assumed control of Kushner Cos.’ office tower at 666 Fifth Ave., in a 99-year 100% leasehold, with an upfront payment of nearly $1.3 billion. Brookfield took up operations at the property and is set to build on the tower’s prime location and invest north of $600 million in a redevelopment and upgrade program. The Canadian investment company returned to the core of Chicago in 2018 with several purchases, one of which made the top 50 deals of the year: the $305 million acquisition of the full-block, 1.4 million-square-foot office property at 175 West Jackson Boulevard. 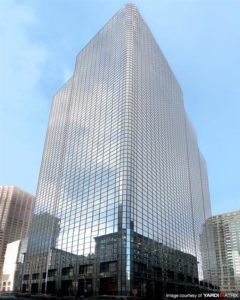 Two of the top 50 office buys of 2018 were made by German firms. In June, Commerzbank paid $333 million for Columbia Property Trust’s office tower at 222 East 42st St., in Manhattan. In December, Allianz Real Estate completed the purchase of one of the most prominent office properties in Boston in joint venture with Massachusetts Pension Reserves Investment Management Board (PRIM) and Beacon Capital Partners. The 1.1 million-square-foot office tower at 53 State St., commanded $845 million and landed fifth on our list.

Oslo-based Norges Bank Real Estate Management was also notably active on the Boston office market last year. The Norwegian firm spent $291 million on a 49.9% stake in the 501 Boylston St. Back Bay office property also known as The Newbry, and partnered with American Realty Advisors for the $455 million purchase of 121 Seaport, a trophy office property recently developed by Skanska in the desirable Seaport neighborhood.

Ponte Gadea, investment arm of Spanish billionaire Amancio Ortega, grabbed some prime Washington D.C., central business district office space in December. The Investment Building, a trophy office property located at the corner of K and 15th streets, was sold by a joint venture of J.P. Morgan Asset Management and JBG Smith for $385 million. According to Globe Street, the 1923 property had last been renovated in 2001 and was at nearly full occupancy at the time of this latest sale.

The Washington D.C., office market also attracted the interest of Global Holdings Group. The international real estate holding conglomerate led by Eyal Ofer paid $415 million for Washington Harbour, a distinctive Georgetown mixed-use property that is reportedly one of very few institutional-quality office buildings located on the water in the district. 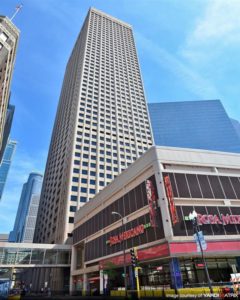 The only Asian buyer on our 2018 top 50 office sales list was South Korea-based Samsung, which paid $320 million for HNA’s 33 South Sixth St. City Center office and retail complex in downtown Minneapolis. Minnesota-based Target Corp., occupies roughly 70% of the property, which was reportedly 90% leased at the time of this sale.

While in 2017 HNA was still splurging on office towers, the Chinese company was only present on the sellers’ side in 2018. In May, HNA unloaded a San Francisco office tower it had bought in 2016 for $255 million—123 Mission St., was purchased for $290 million by Northwood Investors. The firm, led by former Blackstone executive John Kukral, also put up $305 million last year to close on the boutique office building at 1180 Avenue of the Americas. In 2011, HNA paid $259 million for a 90% stake in the property, with MHP as a minority partner.

According to Bloomberg, at the time HNA had been selling property at a profit, keeping the Chinese giant afloat in a deep sea of debt troubles. The company continues to offload U.S. office assets it accrued during its seemingly bottomless buying spree. Last month, it sold its 850 Third Ave., majority stake to Jacob Chetrit and his sons, Michael and Simon. Though the price was not disclosed at the time the sale was reported, Bisnow sources indicated that the stake traded for $422 million, which would be a loss for HNA, as the 2016 purchase price was $463 million.

We used Yardi Matrix data to analyze all transactions recorded up until February 18th, 2019 of office buildings equal to or in excess of 50,000 square feet. In the case of mixed-use assets, only properties featuring more than 50% office space were included in the analysis. We counted portfolio deals as single transactions and only analyzed portfolio sales of buildings that were part of the same campus or property, and that shared the same transaction terms. Distressed sales were excluded altogether.

Previous Story:
A Comprehensive Guide on When, What, Where, and How to Outsource for Your Real Estate Business

Next Story:
The Top 10 Office Sales of 2018 in Philadelphia