Median rents held steady, though the 2016 commercial rental market was notably softened by the increase in concession packages. According to the Colliers 2016 4th quarter office report, concessions and tenant improvement allowances have almost doubled, since 2012. South Bronx is an up-and-coming investment market, due to the ongoing beautification of its waterfront. Multifamily investment is set to remain strong, with prime focus on Brooklyn. The trend of offices moving out of Midtown continues to grow. We will likely see a steady increase to the flow of foreign investment into New York City markets following a good 2016, lead by China.

As far as preferred submarkets go, Brooklyn got the most votes for multifamily investment, followed by the Bronx. Most professionals indicated they do not expect property transaction volumes to drop in 2017, but some of them see shifts in property type favorites.

In Brooklyn it’s Bushwick and Bedford-Stuyvesant that are in the top 5 favorites for office, multifamily and residential professionals surveyed by PropertyShark.

In the Bronx, Mott Haven has been the prime attraction, since young professionals started moving in. Drawn by the waterfront opportunities, lower living costs and convenient proximity to Manhattan, these new faces in the neighborhood are, in turn, drawing the eyes of commercial investors. Opening up access to the Mott Haven-Port Morris waterfront will somewhat speed up the slow gentrification process in the neighborhood.

This alignment of preferences for investment type and destination neighborhoods bodes well for the live/work/play trend that has been driving investments and space design in the office market, nationwide. This trend has spurred large area development projects, such as L.A.’s Baldwin Hills and New York City’s own Hudson Yards.

Moving out of Midtown

Survey respondents agree that in 2017 Midtown will see a significant rise in office vacancy rate. This is not surprising, as large tenants scatter about town and new developments hit the market. Related Companies’ sizeable Hudson Yards project has already emptied prime Midtown office spaces, by attracting the likes of Wells Fargo, L’Oréal, Time Warner, Coach and HBO to relocate to 10 Hudson Yards. 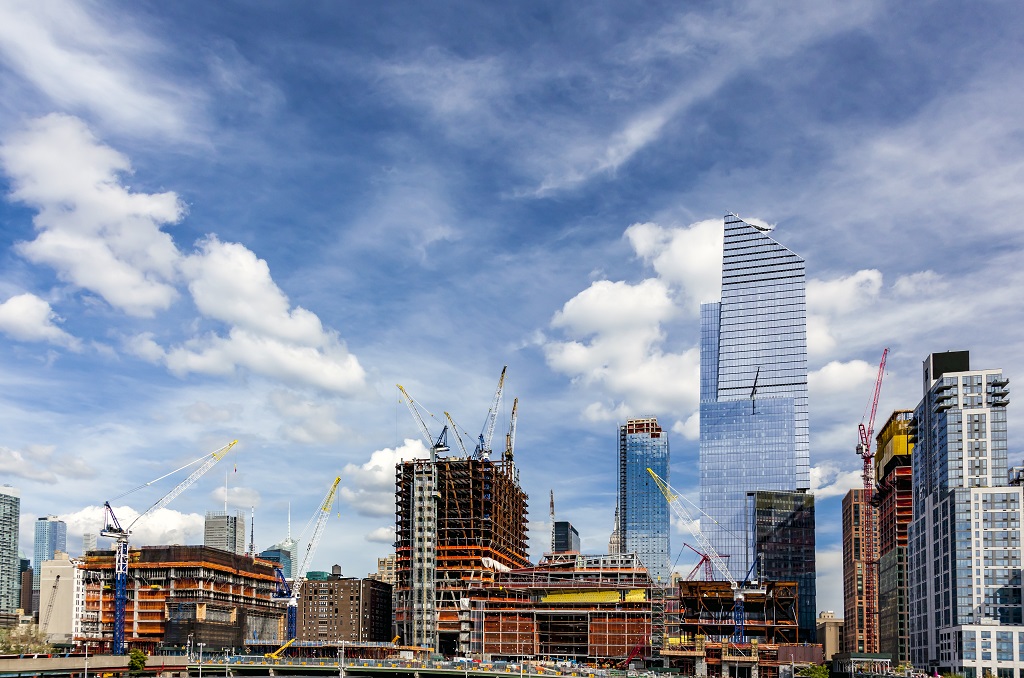 More projects are expected to open for business over the next four years. Three new Hudson Yards towers – 30 and 55 Hudson Yards and 1 Manhattan West – are slated to open in 2018 and 2019. L&L Holding Co is delivering a bold rebuild of 380 Madison Ave in 2017. The same developer is bringing 425 Park Ave, the first new office tower on Park in nearly 50 years.

Businesses that do not require large spaces are looking to leave Manhattan altogether and seek opportunities in the outer boroughs. Brooklyn is, again, the favorite. New York City efforts to attract investors and create jobs have resulted in development projects such as Brooklyn Navy Yard – 4M SF of leasable space with 24-hour accessibility and made to appeal to tenants as diverse as can be.

According to Colliers, over 20% of the Brooklyn commercial market is being reshaped through variously sized renovations and conversions. 2017 is shaping up to be the year of Brooklyn.

For a more detailed look at the survey results, find the PropertyShark conclusions here.