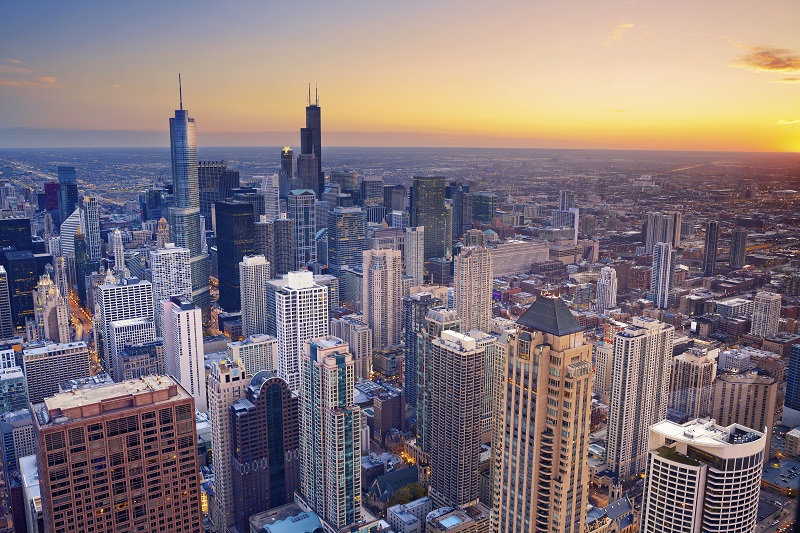 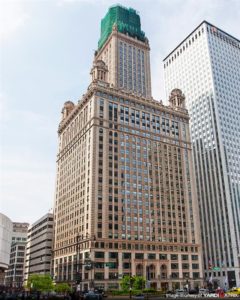 Built in the 1920s, the Jewelers Building at 35 East Wacker Dr. was the first tower in town to surpass 500 feet in height. You may recognize it from the 2005 film Batman Begins, in which it appeared as the Gotham City Courthouse

The Chicago School of Architecture is famous for shaping our commercial buildings and is often regarded as the birthplace of modern building design.

The informal school was active in the city of Chicago around the turn of the 20th century. Its members include a range of famous architects such as William Le Baron Jenney, Daniel Hudson Burnham, Martin Roche, John Root and Louis Sullivan.

While the Chicago School is synonymous with the inception of the world’s skyscrapers, its first real breakthrough was in the area of structural foundations. The city of Chicago was built mainly on marshy land that could not support tall structures. City architects resolved this issue in a series of stages.

First, wide pads were added to the vertical foundations of buildings to distribute the weight more evenly. However, this took up too much basement space and could only support 10-story constructions. So, a foundation “raft” of timbers and steel and iron beams was devised. A final improvement was then made in the form of a type of watertight and underground foundation structure.

The Chicago School of Architecture had resolved one of the fundamental issues hampering the construction of tall structures in the city. However, further challenges remained.

During the time of the school’s most influential work, the convergence of a range of factors created the clear need for tall buildings.

The Chicago Fire of 1871 established the need for fire-safe buildings and materials during a time when the city’s population was booming. By 1890, there were more than one million inhabitants, making Chicago the second biggest U.S. city, after New York. Consequently, property prices surged and many landlords were eager to capitalize on their land by expanding upwards.

Increasing industrialization also created a need for commercial architecture, including department stores where a range of goods was available under one roof as well as apartment blocks that could house large populations of workers.

With the Industrial Revolution in full swing, the provision of new building materials such as iron and steel made the construction of skyscrapers a plausible option for the first time in history.

These materials were incorporated into products including wound cable, elevators and even light bulbs, which made using and living in these tall buildings logistically feasible. For example, the introduction of the electric motor in the Otis safety elevator increased the height and speed of ascent for tall buildings.

However, it was the development of the metal skeleton frame that allowed architects from the Chicago School to build the world’s first skyscrapers. 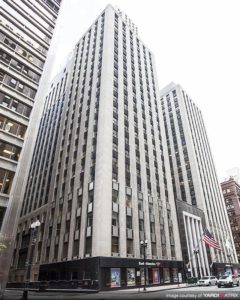 The first series of high-rise buildings in Chicago and New York incorporated traditional load-bearing stone and brick walls, but these could not support tall structures.

The Chicago School of Architecture was one of the first institutions to promote steel-frame constructions. The metal skeleton frame was first used in the city’s 10-story Home Insurance Building in 1884, which expanded to a towering 12 stories – for the time – in 1891. Sadly, the building was demolished in 1931 to make way for another skyscraper, the Field Building, which is now known as the LaSalle Bank Building.

The metal frame design won favor because it is virtually fireproof and structurally sound. This allowed architects to use thinner curtain walls that did not have to carry the weight of the building. The exterior walls could also be constructed of glass, bringing in more light to the building and reducing energy consumption.

Chicago School skyscraper constructions typically contained the three parts of a classical column. The first floor functions as the base, the middle sections act as the shaft of the column and usually integrate sparse ornamental details, and the final floors integrate more ornamental detail and are typically capped with a cornice.

Many significant examples of the Chicago School constructions still exist in the city, including: the Manhattan Building, the world’s oldest surviving skyscraper and designed by William Le Baron Jenney; the 17-story Old Colony Building designed by the Holabird & Roche architectural firm; and the neo-Gothic Fisher Building, which was originally completed in 1896 by D.H. Burnham & Company and commissioned by the paper magnate Lucius Fisher.

These buildings and others typical of the Chicago School style feature several distinguishing features. These include masonry cladding, minimal exterior ornamentation, and large plate-glass windows that usually incorporated elements of neoclassical design.

For example, the “Chicago window” is a three-part rectangular design with a large fixed center panel. This central panel is fixed and flanked by two smaller panels, which are usually split horizontally in two sections and operable to provide ventilation. The windows are arranged in a grid pattern, occasionally projecting out from the facade to form bay windows. 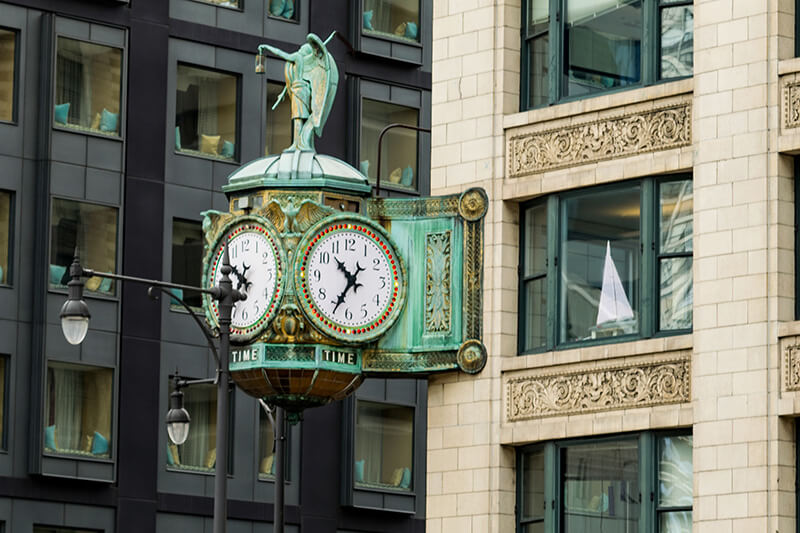 The Chicago Window is incorporated in the construction of the Jewelers Building, as well as the characteristically restrained art deco elements in the exterior masonry, and the famous Father Time clock that hangs on the northeast corner of the building

The Chicago School Of Architecture Legacy

Between the 1940s and the early 1970s, a new wave of building design appeared in Chicago. Now known as the Second Chicago School of Architecture, it describes the skyscraper architecture that was taught at the Illinois Institute of Technology (IIT) by Mies van de Rohe.

Here, innovative 3D tube structures were developed, which have continued to make possible the kind of skyscrapers that now appear on our city skylines and set world records. The buildings themselves centered around European Modernism and minimalist designs.

This work is distinct from the original Chicago School in both its technologies and its style. However, the Second Chicago School did share the same ethos as the First Chicago School of Architecture and continued to push our city buildings skywards.

It is evident in all major cities that, by developing and refining the skyscraper concept, the Chicago School of Architecture made a huge impact on our metropolitan skylines. It has allowed us to expand upward, rather than outward, and forever changed the way we built our cities.

Next Story:
The 10 Tallest Office Buildings In Denver