Microsoft signed a lease for 150,000 square feet of office space in the 10-story Flatiron District tower at 122 Fifth Ave. in Union Square. The tech giant will occupy roughly half of the property — floors six through 10, which were previously leased to Barnes & Noble. Asking rents remain undisclosed for the time being, and Microsoft has yet to establish a clear move-in date.

The property at 122 Fifth Ave. was initially built in 1899 by architect Robert Maynicke and developer Henry Corn. Then, in March of this year, the Landmarks Preservation Commission reviewed the owner’s renovation proposals for the structure. Plans include an expansion of the floor plates to 27,000 square feet by merging 122 Fifth with a new development. The lobby will also be relocated to offer additional access to 17th and 18th streets, and the ground floor will house retail spaces and other amenities for office tenants. Bromley is also looking to add a 13,000-square-foot, communal roof deck, with a 6,000-square-foot glass jewel box pavilion space on top. 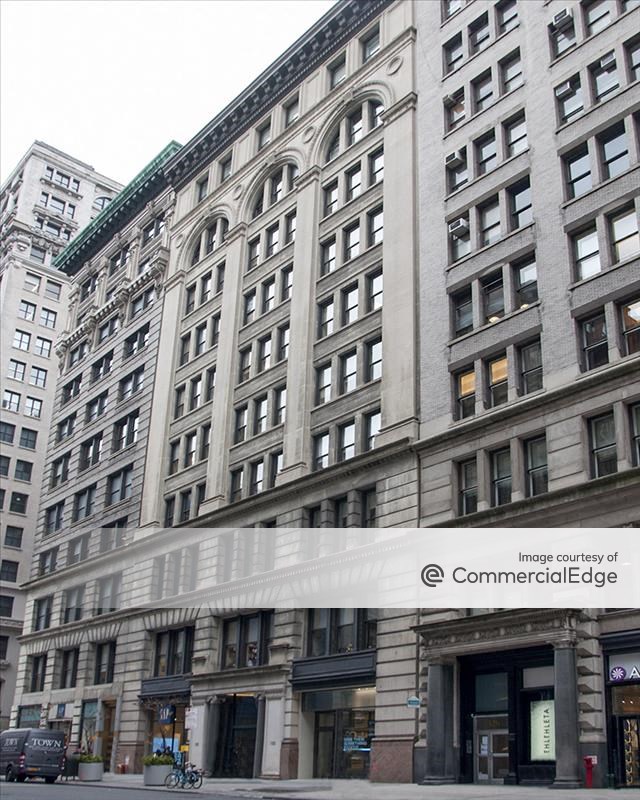 However, Microsoft’s real estate portfolio is more than just prime Manhattan office space. The Redmond, Wash.-based company also recently signed a lease for nearly 50,000 square feet of Miami office space for its regional headquarters in a tower that’s being developed in the city’s Brickell Financial District.

Notably, Microsoft, Amazon, Facebook, and Google have all intensified their commercial real estate investment efforts — despite postponing their own return-to-office dates, as well as the relative volatility of the property market throughout the pandemic. In fact, by leasing and buying up space, tech firms are gradually replacing big banks and other financial companies in New York City. And, while some choose to buy to avoid expensive and complicated lease deals, there are also signs that big tech might be following in the footsteps of McDonald’s, which owns most of the land its stores are built on.