The Rockville market includes the Rockville City and North Bethesda submarkets. While its population is about 63,000, it’s part of the Baltimore - Washington metropolitan region, which is home to over 5.4 million. The economy is driven by a variety of business sectors, including government, defense, and high-tech.

As of mid-2017, the market encompasses over 23 million square feet of existing office space in properties larger than 50,000 square feet. It’s also the largest city in Montgomery County and serves as a research center and major retail hub for the region.

Rockville is one of three cities at the heart of the I-270 Technology Corridor that’s home to numerous software, biotech, high tech, and Government facilities. It also does its part in contributing to the metro area's $449 billion annual gross metropolitan product. Over 41% of the office space is Class A, with another 58% of space being Class B.

The market sees some of the strongest demand for office space in the region. Located just north of Washington, D.C., the city is home to prestigious properties such as Shady Grove Plaza, 5600 Fishers Lane, and Two Irvington Centre.

The 2017 National Green Building Adoption Index surveyed the top 30 major office markets in the U.S. and discovered that, with office buildings larger than 50,000 square feet, the percentage of energy-efficient office property has increased from less than 5% in 2005 all the way up to 38% by mid-year 2017.

While Rockville itself doesn't rank in the top 30 major markets, neighboring Washington, D.C., does, with about 41% of the large office buildings in that city being LEED-Certified.

Rockville does its share adding to the region's green office space. One example is 2000 Tower Oaks Boulevard. Built in 2008, it has more than 200,000 square feet property and is LEED-Certified Platinum.

Some of the top business sectors in the city include high tech, biotechnology, healthcare, government, and corporate offices.

How much does office space cost in Rockville, MD?

The average office rental rate in Rockville, MD is $26.95 per square foot. Asking prices vary based on the property’s location, overall rating, amenities, proximity to restaurants, cafes and entertainment venues, as well as public transport, airports and highways.

What is the size of available office spaces in Rockville, MD?

How do I get office space in Rockville, MD?

Start your search for office space in Rockville, MD by using our filters that allow you to find the best space for your business needs. Filter listings by location, property size, available space or lease rate. Property pages will offer details about an office building’s rating, year built, availabilities, price per square foot and more. After drawing up a shortlist, make sure you contact the listed broker(s) to schedule a viewing and begin the negotiation process for your lease contract.

How many office listings are available in Rockville, MD?

There are 212 office listings on the Rockville, MD market. 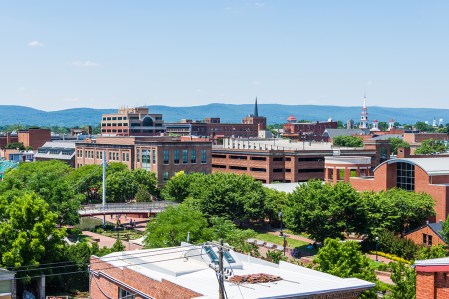 Rockville, Md.-based Emmes Corp. announced that it is expanding its operations and opening a second office location in Greater Washington D.C. The biotechnology company is celebrating its 40th anniversary in stride—ranked as one of the best workplaces in Maryland for the second year in a row by ...