Skyscrapers are imposing. They send us up into the skies and often become icons of cities or even nations. And, ever since the first tall office buildings sprung up more than a century ago, they’ve captured everyone’s imagination.

Recently, we ranked the most popular office buildings by Wikipedia page visits. Now, we’re taking a different approach — rather than a popularity contest by number of clicks, we’re looking at which office buildings became even more iconic by appearing in movies. Without further ado and in no particular order, here is our list of eight office buildings that had a “side job” in the movie industry.

It’s no surprise that the Empire State Building has had cameos in numerous movies — 90 years after its construction, it remains one of the most iconic addresses for office space in New York City, as well as one of the most recognizable skyline symbols in the world.

One of its earliest and most famous appearances is from King Kong, in which the gorilla climbs the building in spectacular fashion. The ESB is also central to the plot of the romantic comedy Sleepless in Seattle as the place where the main characters fall in love. And, in Oblivion, Tom Cruise’s character sees the ruins of the iconic building as a reminder of humanity’s achievements.

Chicago’s Sears Tower — now known as the Willis Tower — was the third-most popular office building by Wikipedia page views in our previous study. And, its fame is evident in the realm of cinema, as well, as it has appeared in a multitude of movies.

For example, the building’s imposing look is used in The Dark Knight as the ominous platform from which Batman overlooks the city. The Sears Tower also appears in the final showdown between Superman and Zod in Man of Steel, in which its lavish interior made this Chicago office space the perfect location for the headquarters of the Daily Planet newspaper. The building is also featured in Rampage — this time as the actual Chicago landmark, not a fictional stand-in — before being destroyed by three mutant animals. 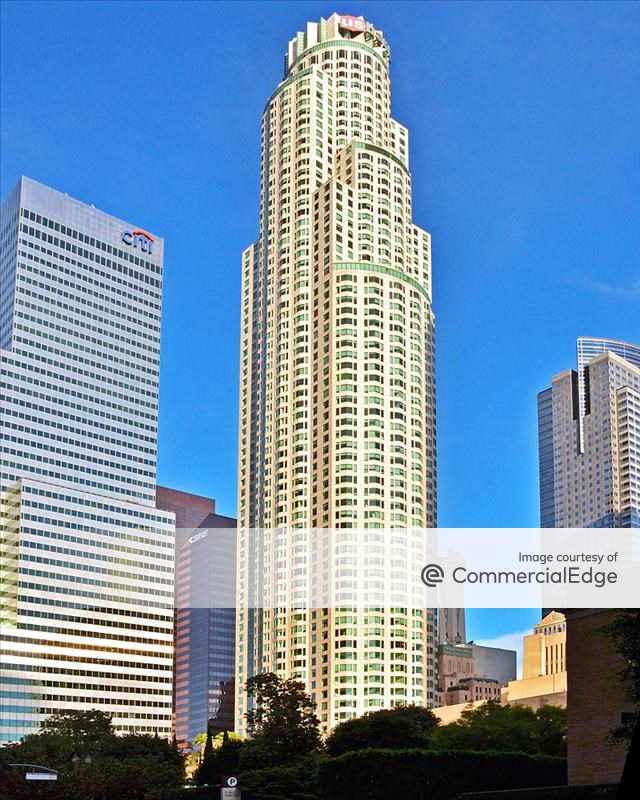 The 1,018-foot-tall U.S. Bank Tower is the third-tallest building in California and one of the most recognizable buildings in the Los Angeles skyline. As a result, it has appeared in several films. In particular, it played the site of the original alien attack in Independence Day, and is shown with heavy damage in two apocalypse films: The Day After Tomorrow and 2012. 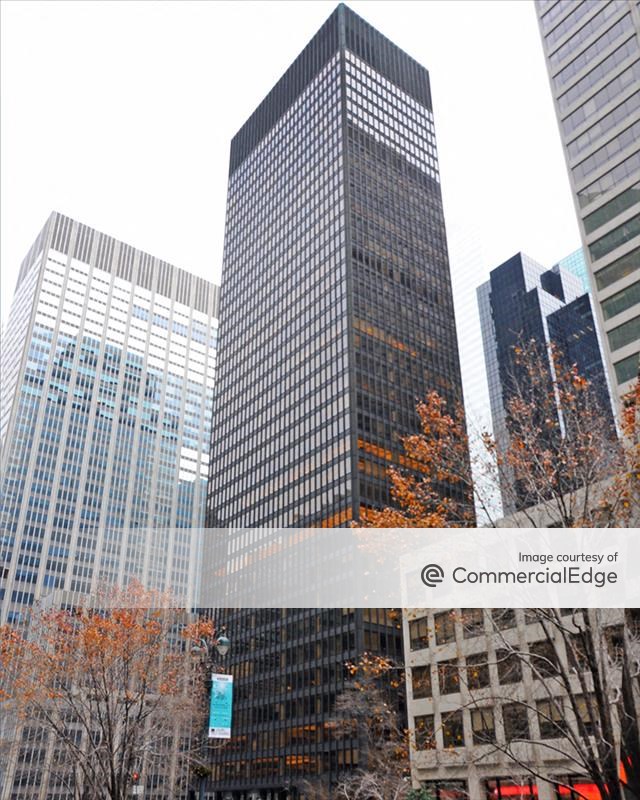 Joker was a huge box office hit thanks, in part, to its clever use of locations in New York City to depict a gritty and vivid Gotham City. Specifically, two office buildings appear in the movie: Midtown’s Seagram Building and 20 Exchange Place in Lower Manhattan. 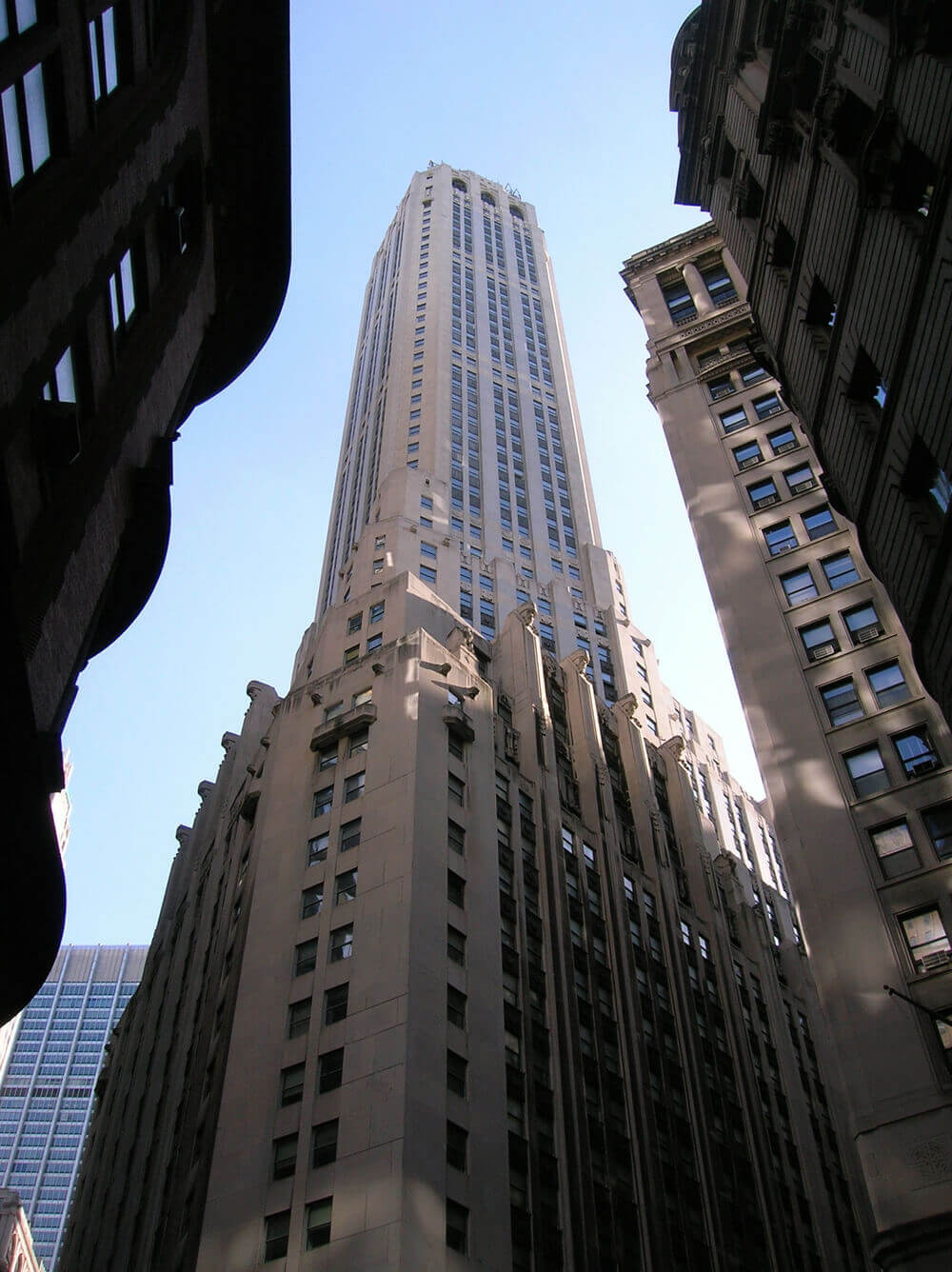 The Seagram Building stars as Wayne Industries, the headquarters of Thomas Wayne’s operations and a symbol of high society for the downtrodden protagonist. Additionally, the 741-foot-tall art deco building at 20 Exchange Place also makes a short appearance as the fictional Gotham Savings Bank. 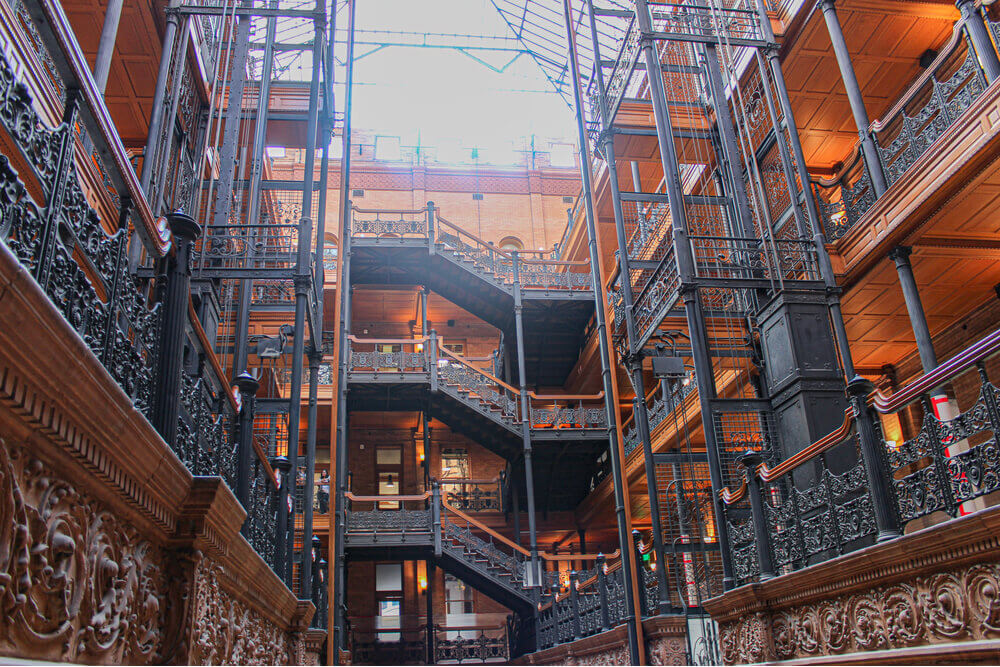 One of downtown Los Angeles’s most iconic office towers, the Bradbury Building has appeared in a variety of movies. First, it was a part of the neo-noir cult classic Blade Runner, in which it served as the location of the movie’s final showdown. Then, its recognizable interior was also featured in The Artist as a film set from the silent film era. The building’s prime Los Angeles office space was also the location of a meeting in romantic comedy-drama 500 Days of Summer. Clearly, the Bradbury Building isn’t typecast in a single genre. 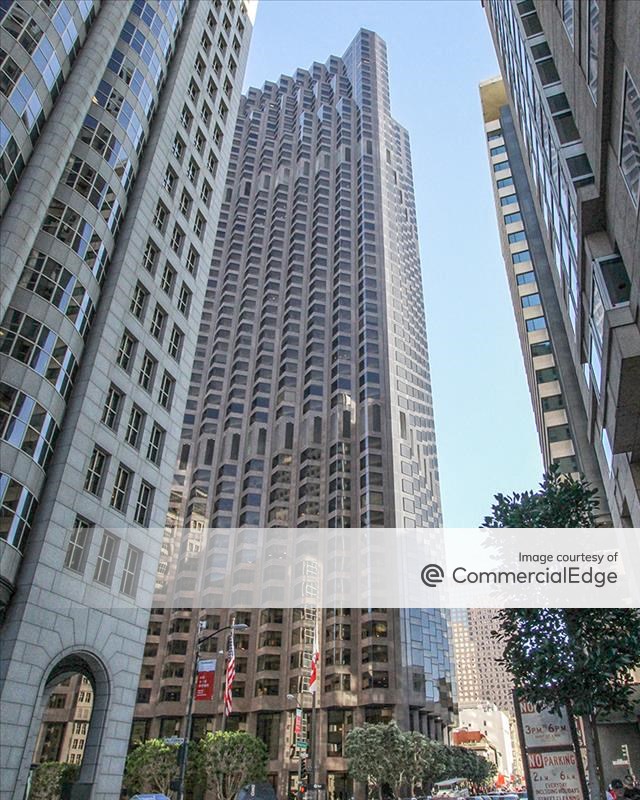 The Clint Eastwood classic Dirty Harry featured 555 California St. — the former home of the Bank of America — as a representative image of the glitz of San Francisco. The building is used in a similar effect in The Game, where it’s one of the settings for main character Nicholas’ investment banking endeavors before the titular game takes over his life. 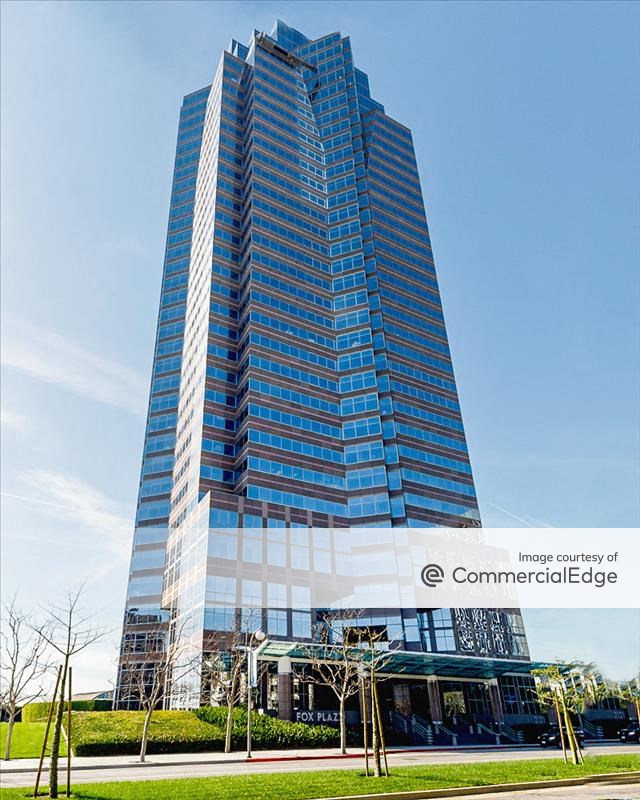 LA’s Fox Plaza appears in several productions released by 20th Century Fox. Most notably, it’s the primary setting in Die Hard as the fictional Nakatomi Plaza, with most of the scenes being shot on location.

Next Story:
Innovation in the USA: Mapping 4 Decades of Patent Activity