We recently did a round-up of the 50 priciest office deals to close in the U.S. last year, in an attempt to see what companies look for and where are their preferred locations when they decide to invest in this type of property. We have now enlisted the help of Yardi Matrix data to analyze an entirely different sector of the commercial real estate realm and see which were the top multifamily deals to close during 2017, focusing both on portfolio and single-asset sales.

What stands out from our research is that the office sector tends to be focused largely on single-asset or single-building deals, and a well-positioned office tower in, say, Manhattan, can have an exorbitant price tag, well over the billion-dollar mark. In the case of multifamily, most of the deals in our top 50 are portfolio transactions–in fact, the 10 largest sales of the year were portfolio deals. Moreover, when it comes to large multifamily sales, portfolios tend to include properties or communities located across various states, as is the case with most transactions on our list.

Nevertheless, the multifamily or apartment sector is becoming more and more appealing to investors, as rental rates and condo prices continue to surge all across the U.S., especially in desirable markets such as San Francisco and New York City. Although this phenomenon affects tenants and residents in a negative way, as many simply cannot afford to keep living in the city core in these uber-expensive markets, rising costs bode well for investors, and they are betting big on this sector. Investing in apartment communities can also be very profitable in the long run, especially if property owners undertake value-add efforts and manage to raise rents.

We’ve put together a round-up of the priciest overall multifamily deals of 2017, including both single-property and portfolio sales across the U.S. To offer an even broader perspective on the market, we’ve also compiled a separate ranking of the priciest single-community transactions of the year. Check them out below:

Zooming in on each contender on our list, one location immediately stands out, namely the state of Maryland. During last year, a total of 50 multifamily properties found new owners in Little America. The next most sought-after destination for multifamily buyers was California, where 19 properties changed hands in 2017, followed by Washington and Florida, with 16 transactions each. Virginia, Pennsylvania and Louisiana each concluded the year with 11 multifamily assets sold, while 10 properties also switched owners in Texas.

The largest multifamily transaction of 2017 closed in November, when Harbor Group International forked over $1.8 billion to snatch a 25-property cross-market portfolio from Lone Star Funds. The portfolio, which consisted of 9,677 multifamily units in Washington, D.C., Baltimore, Chicago, Philadelphia and Boston, was Harbor Group’s largest acquisition yet. The company plans to invest an additional $80 million to upgrade the properties, which is likely to boost occupancy while also raising average rental rates. At the time of sale, the entire portfolio boasted average occupancy of approximately 95%, with the properties being located in popular markets, and with easy access to transportation, airports and highways, entertainment and universities, Harbor should have no problem bringing the assets to full occupancy.

Blackstone Strikes Again as the Busiest Multifamily Investor of the Year 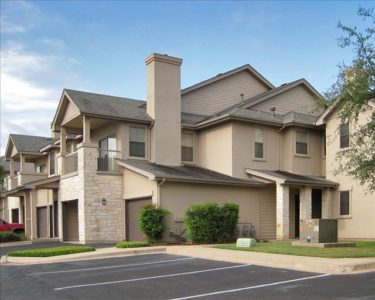 In terms of buyers, there is one familiar name that dominates our top 50. Blackstone Group was the most active buyer in 2017, closing 7 deals and shelling out a total of over $2 billion on U.S. multifamily assets. The company closed 6 deals through its subsidiary LivCor, totaling a little over $1 billion, as well as a separate $199 million sale as Blackstone.

Blackstone’s largest purchase of 2017 was a $791 million portfolio buy from IMT Capital. Comprising 4,488 units located in Florida, Texas and California, the portfolio changed hands in May in the third-largest multifamily deal of the year. The Class B properties are located in Houston, Austin, Los Angeles, Fort Lauderdale and Orlando, and were built between 1980 and 2014. The largest of the bunch is Riata, a 2,044-unit multifamily community in Austin, which commands an average rent of $1,287 per unit/month. Spread across 160 acres, Riata offers one- to three-bedroom units featuring amenities such as 9 swimming pools, a 10,000-square-foot state-of-the-art fitness center, as well as basketball, volleyball, racquetball, tennis and bocce ball courts. Units also include granite countertops, stone-style or wood flooring, and much more.

The 10 largest multifamily transactions of 2017 were all portfolio sales, most of them consisting of properties spread across different states. Yet this is not an unusual trend for this particular sector, as investors tend to buy apartment communities ‘in bulk.’ This is why we wanted to also highlight the most expensive single-property apartment communities to change hands in 2017, to get a feel of the kinds of features and amenities that are most desirable, for investors and residents alike. Check out the 20 priciest apartment communities of 2017: 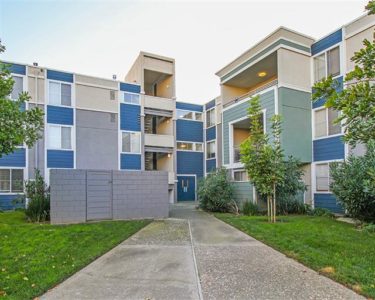 The largest single-property multifamily deal of the year landed the 12th spot on our list, and it closed in California. Blackstone’s LivCor paid $231 million to acquire the 615-unit Summer House in Alameda, Calif., from Kennedy Wilson, in the largest Bay Area multifamily transaction of the year. The 20-building Class B community located at 1826 Poggi St. was completed in 1966 and boasts 95% occupancy, according to Yardi Matrix data. Summer House consists of one- to four-bedroom units and boasts amenities such as a fitness center, a business center, high-speed internet access, a playground and a swimming pool, two spas, six laundry facilities and 825 parking spaces.

Most of the communities on our single-property transactions list boast monthly rental rates above the city average, making them a profitable investment for buyers. For instance, per-unit rental rates at Tower 12 in Seattle, which sold in October for $225 million, averaged $3,355 per month in 2017, while the average rent across the entire city rested at $1,966 per unit per month. Huntsville Place in Huntsville, Ala., boasted average monthly rents of $1,750 per unit last year, while the city average closed 2017 at $751 per month.

We used Yardi Matrix data to analyze sales of completed multifamily buildings featuring at least 50 units to close during 2017. Our list includes all transactions recorded up until January 12th, 2018, and excludes recapitalization deals and company mergers/takeovers.

Previous Story:
What’s in a Skyline? Mapping Out the Rise of Downtown Boston

Next Story:
DLA Piper Renews Its Vows with KPMG Center in Downtown LA