Inglewood is part of the Los Angeles metro area. Home to a population of nearly 111,000 residents, the city has a lot to offer to its inhabitants, businesses, and visitors. Neighbors include Westchester to the west, View Park-Windsor Hills to the north, Grammercy Park and Westmont to the east, and Hawthorne to the south.

Located roughly 12 miles from Downtown Los Angeles, and just four miles from the Los Angeles International Airport, Inglewood is a highly convenient location for businesses in the region. Developed on the former site of the Hollywood Park Racetrack, the SoFi stadium is scheduled for completion in 2020, and set to be the home of both the National Football League's Los Angeles Rams and Los Angeles Chargers. This, along with numerous other regional attractions, continue to make Inglewood an investment and business location destination.

The city’s three main subdivisions are North Inglewood, South Inglewood, and Lennox. Most of the larger office properties in town are located near the major thoroughfares – Interstate 405 and Manchester Boulevard. Notable properties include the Freeman Medical Tower on North Prairie Avenue, the 9800 La Cienega office building, and the La Brea Plaza - South Tower at 101 North La Brea Avenue.

Green office space in the State of California is one of the fastest-growing segments of the development in the industry. According to the 2017 National Green Building Adoption Index, the percentage of energy-efficient office space has increased from less than 5% in 2005 to nearly 40% in mid-2017. That marks is a nearly seven-fold increase in only twelve years. California is home to six of the top 30 greenest office markets in the country, as identified by the survey.

While Inglewood is not large enough to be counted among top 30, the city is no stranger to sustainability oriented development. One example is the brand new LAX Eucalyptus distribution facility, built for Federal Express. Located just 2.5 miles from the Los Angeles International Airport, this property encompasses over 143,000 square feet of LEED-certified commercial space.

Demand on the local market is mainly driven by enterprises and institutions operating in economic sectors like healthcare, government, and corporate activity.

How much does office space cost in Inglewood, CA?

The average office rental rate in Inglewood, CA is $43.5 per square foot. Asking prices vary based on the property’s location, overall rating, amenities, proximity to restaurants, cafes and entertainment venues, as well as public transport, airports and highways.

What is the size of available office spaces in Inglewood, CA?

How do I get office space in Inglewood, CA?

Start your search for office space in Inglewood, CA by using our filters that allow you to find the best space for your business needs. Filter listings by location, property size, available space or lease rate. Property pages will offer details about an office building’s rating, year built, availabilities, price per square foot and more. After drawing up a shortlist, make sure you contact the listed broker(s) to schedule a viewing and begin the negotiation process for your lease contract.

How many office listings are available in Inglewood, CA?

There are 15 office listings on the Inglewood, CA market. 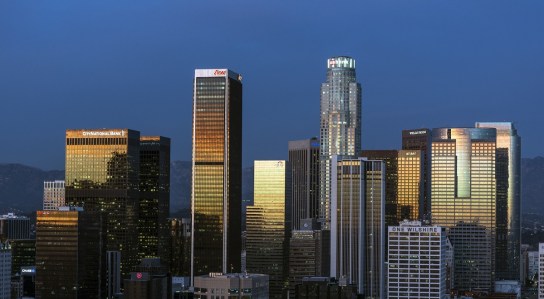