Dallas is part of the Dallas-Fort Worth metro area and is the third-largest city in the state of Texas. According to the United States Census Bureau, as of 2017, the Dallas metropolitan area is the fourth largest in the country with 7.3 million residents. Most of the Dallas area population tends to be young professionals, however, young families create a close-knit community in the surrounding suburbs. Furthermore, in the Dallas-Fort Worth metro, there are a lot of residents who work in office and administrative support (12.33%), sales jobs (11.15%), and management occupations (9.30%). There are more people living in the Dallas area who work with computers and math than 95% of the rest of the United States. The city of Dallas is considered a “beta plus” global city by the Globalization and World Cities Study Group & Network. The economy is diverse with major sectors including financial services, information technology, telecommunications, and transportation. Dallas developed as a strong industrial and financial center with a major inland port due to the convergence of major railroad lines, interstate highways and the development of one of the largest and busiest airports in the world, the Dallas/Fort Worth International Airport. The top five publicly traded companies include AT&T, Energy Transfer Equity, Tenet, Healthcare, Southwest Airlines, and Texas Instruments, according to Dallas Morning News. The metropolitan economy is the fourth largest and third-fastest growing in the United States, with a 2017 real GDP of $535.5 billion. Major employers in the Dallas-Fort Worth area include American Airlines, Bank of America Corp, Texas Health Resources Inc., Dallas ISD, Baylor Health Care System, AT&T, Lockheed Martin Aeronautics Co., JP Morgan Chase & Co, UT-Southwestern Medical Center, and NAS Fort Worth JRB
read more read less 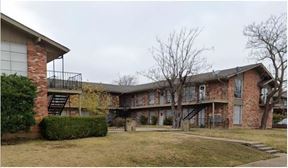