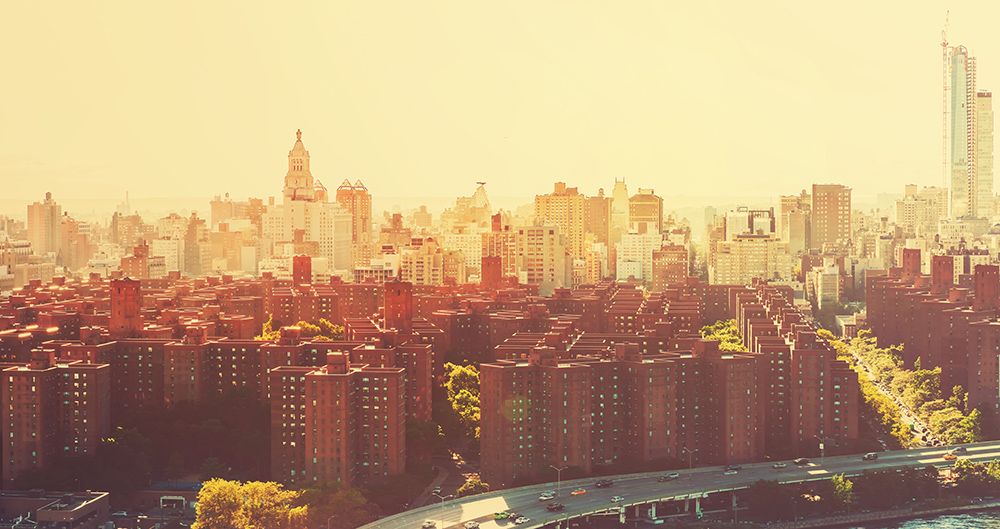 The past few decades have seen commercial real estate become the fourth asset class, joining stocks, bonds, and cash on the radar of institutional investors. A 2015 NAIOP analysis set out to backtrack the path of CRE from alternative investment status to trustworthy portfolio asset, while providing insight on what drove this process, as well as looking into future possibilities and implications for this new asset class.

According to NAIOP, institutional investment portfolios did not include commercial real estate before 1980. With the National Council of Real Estate Investment Fiduciaries (NCREIF) launching its index of institutional real estate returns in 1982, a pivotal benchmark was established, and the investment floodgates opened. By the early 1990s, the equity REIT market had grown rapidly.

In a fortuitous twist, the global financial crisis of the late 2000s brought about a pricing correction, which lowered the barriers to entry into high-profile CRE markets such as NYC, Chicago, Los Angeles, and the like. Nowadays, multi-billion, cross-market portfolio sales are the norm—take the largest office deal of 2017, in which Duke Realty sold 72 medical office properties to the Healthcare Trust of America, for a modest $2.3 billion. Why modest? Because we looked at U.S. multifamily and office property sales going back to 1995 and found that a $2 billion property price tag no longer stands out the way it used to.

Keep reading to see which U.S. properties sold best over the past two decades, both in and outside NYC, and find out which daredevil investors chose to include sizable chunks of commercial real estate when doing the wise thing and diversifying their portfolios. 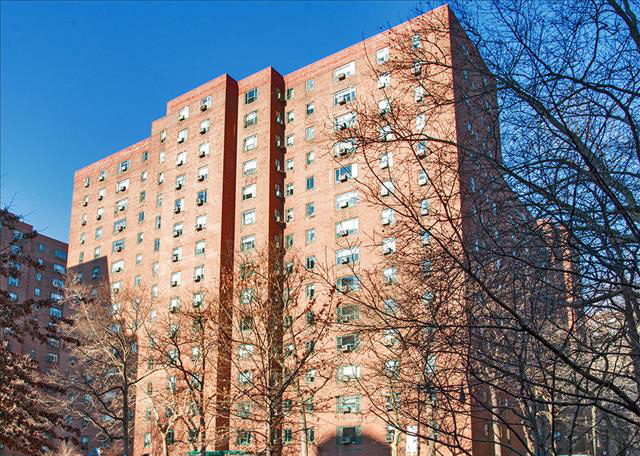 As investment alternatives go, New York commercial real estate has proven to be a good strategy for weathering economic cycles. According to recent reports by the Wall Street Journal, NYC brokers and seasoned investors are feeling good about 2018, although sales in the country’s #1 CRE market have been dropping for the past two years. But in Manhattan, even the big real estate flops manage to flop exceptionally well. The most telling example of the market’s sturdiness is the now-infamous story of the massive Stuyvesant Town-Peter Cooper Village community—purchased in 2006 by a Tishman Speyer-led joint venture for a whopping $5.4 billion, the 11,238-apartment community was up for grabs again just nine years later. 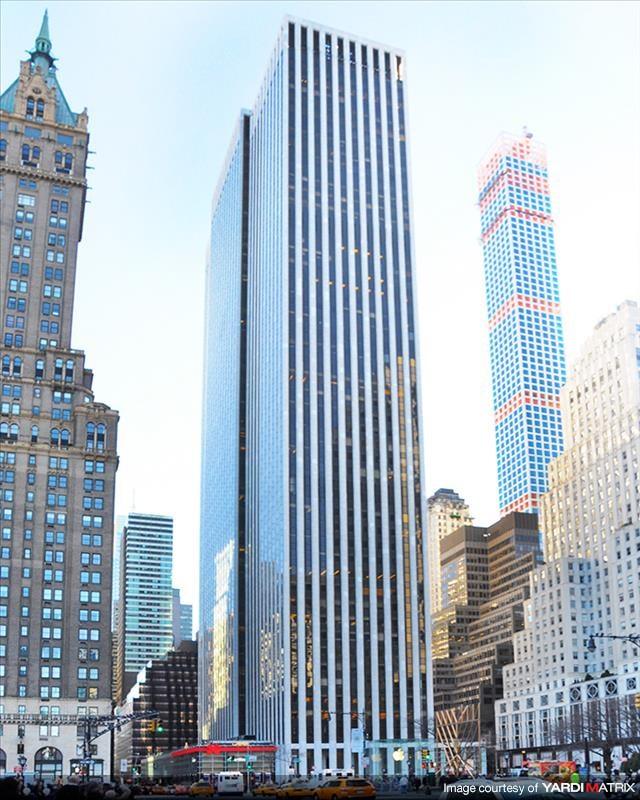 After the buyer’s development plans fell through and the partners defaulted on the purchase loan, U.S. Bank took custody of the property. In 2015, private equity firm Blackstone, the State of Wisconsin Investment Board (SWIB) pension fund, and Canadian investor Ivanhoe Cambridge partnered up and paid $5.5 billion for the asset—that’s more than the original purchase price, and it put a distressed sale at the top of our all-time list of largest NYC property sales.

Another famous New York City best-seller is the General Motors Building at 767 5th Ave. The highly-coveted office asset traded four times during the past 20 years, and was most notably purchased in 2008 for $2.8 billion by Boston Properties and a group of Middle Eastern sovereign wealth funds—marking the highest price ever paid for the full acquisition of a single U.S. office building. In 2013, Boston Properties’ venture partners sold their 40% stake for $1.4 million, which valued the Manhattan office property at roughly $3.4 billion. 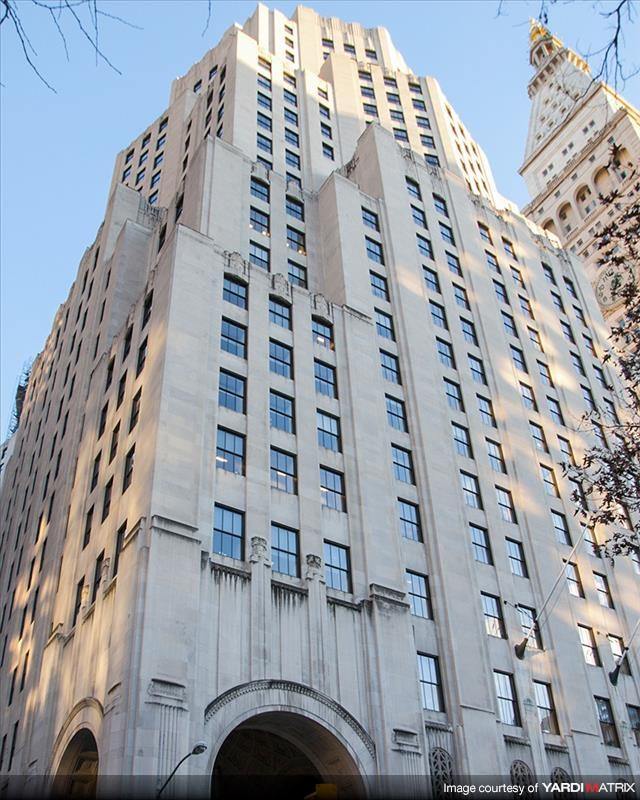 Last year, Boston Properties refinanced the property with a $2.3 billion mortgage, which is quite possibly one of the largest CRE loans recorded for a single building.

As the list of GM Building-related records can go on and on, we’ll shift focus to another NYC star—the office building at 11 Madison Ave, which changed hands twice since 1995, with a 250% price increase from one sale to the next.

Originally built in the 1930s to serve as headquarters for the Metropolitan Life Insurance Co., this NoMad office property was sold by MetLife in the early 2000s for $675 million, to the Sapir Organization.

Considerable investment went into modernizing the property and attracting marquee tenants, such as Sony and Yelp, to join the building’s long-term anchor tenant, Credit Suisse. All that business-savvy effort paid off big—in 2015, the property was fully purchased by SL Green Realty for $2.4 billion.

Outside NYC, Towering Skyscrapers are Rivaled by Sprawling HQ Campuses 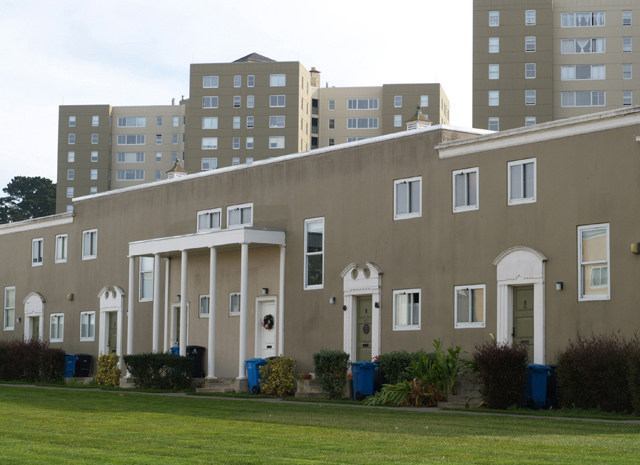 Although office inventory is generally regarded as the top-most commercial real estate to have, a massive multifamily property also landed the top spot in our list of best-selling properties outside NYC. The 3,221-unit Parkmerced apartment community in San Francisco traded twice since 1995, nearly doubling its value in the process. Notably purchased by the Rockpoint Group and Stellar Management during the real estate boom of the early 2000s for $700 million, the 115-acre property commanded just under $1.4 billion in 2014—a deal that highlighted the crisp increase in Bay Area residential property values. The Maximus Real Estate Partners acquisition reportedly closed just as the final green light was given to a plan for a multi-decade expansion and upgrade effort, which would increase the number of units to roughly 8,900. 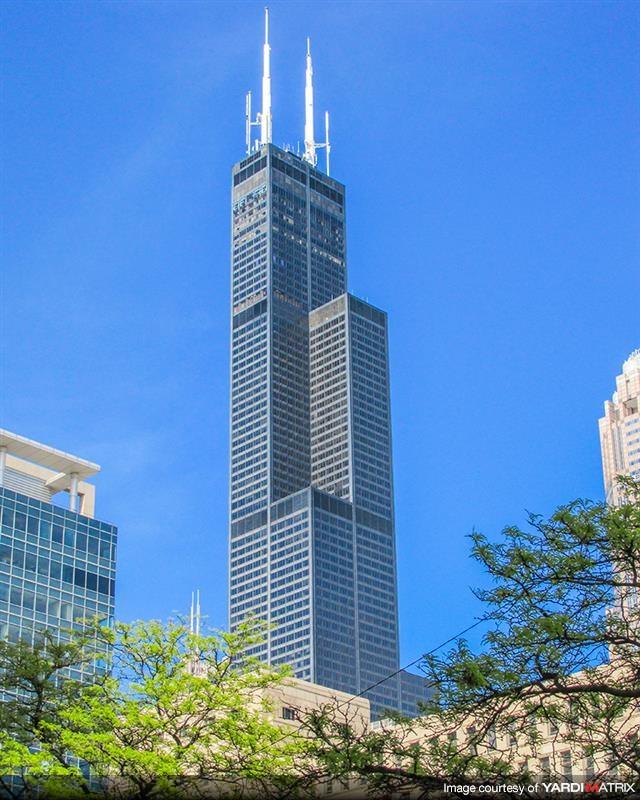 Another particularly high-profile best-seller of the past two decades is the Willis Tower. Chicago’s tallest building changed hands, both fully and partially, several times since 1995. In 2004, a triad of U.S.-based investors put down $841 million for the Chicago Loop office property and, unbeknownst to them, embarked on a tough ride. The partners held on to the property through the rising vacancy and dropping leasing rates of the ensuing recession—in 2009, they leased the naming rights to London-based insurance broker Willis Group, and created the famous Ledge on the 103rd-floor Skydeck. By also managing to sign large leases with tenants like United Continental Holdings (United Airlines’ parent company), the owners weathered the storm, even if only just, and sold the property at a profit—the Blackstone Group acquired it in 2015 for $1.3 billion.

Standing out in a mostly predictable list of properties located in large financial centers and metropolises are contenders like The Landmark at Eastview in Tarrytown, N.Y., and the Verizon Operations HQ in Basking Ridge, N.J. 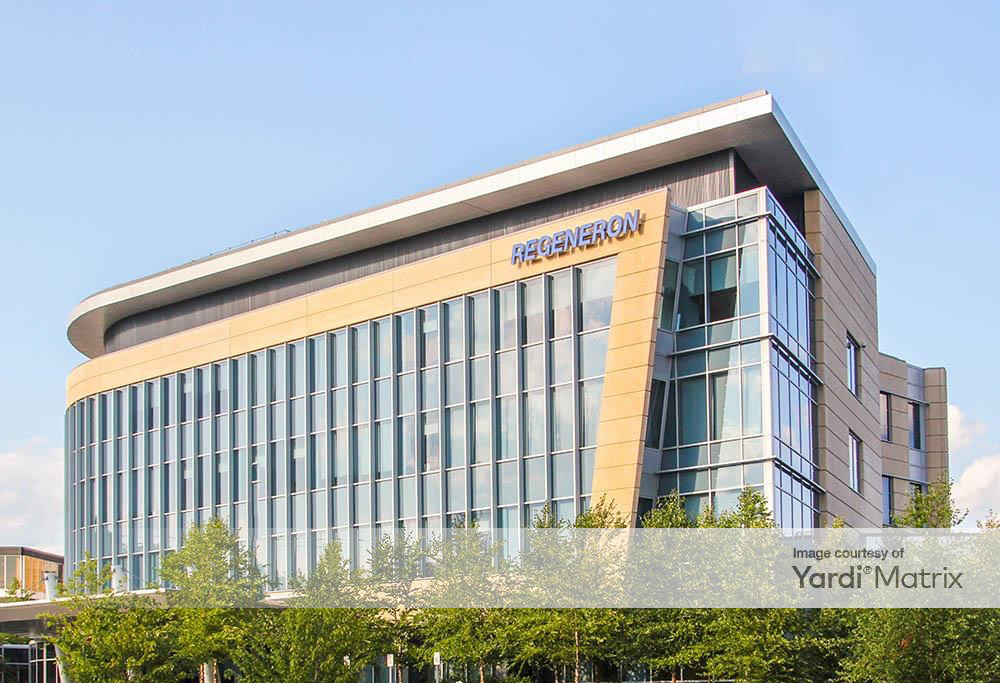 Regeneron Pharmaceuticals Inc. paid $720 million to own its Tarrytown headquarters, in what proved to be one of the largest office deals of 2017. Biomed Realty had acquired the sizeable Westchester science campus in 2007, for just $99 million, and have built several new facilities on the site since, mainly for Regeneron’s expanding operations.

Mesirow Financial’s purchase of Verizon’s Operations HQ in Basking Ridge was a record in itself—the $650 million transaction was the largest sale-leaseback ever completed in suburban New Jersey, as of May 2015. Verizon leased back the full property for a 20-year term, with an option to stay put even longer. Mesirow chased that campus acquisition one year later, by purchasing Verizon’s world-class 1 million-square-foot office campus in Irving, TX. While that transaction did not make our short list, at $344 million it was reportedly one of the largest real estate deals of 2016 in North Texas. 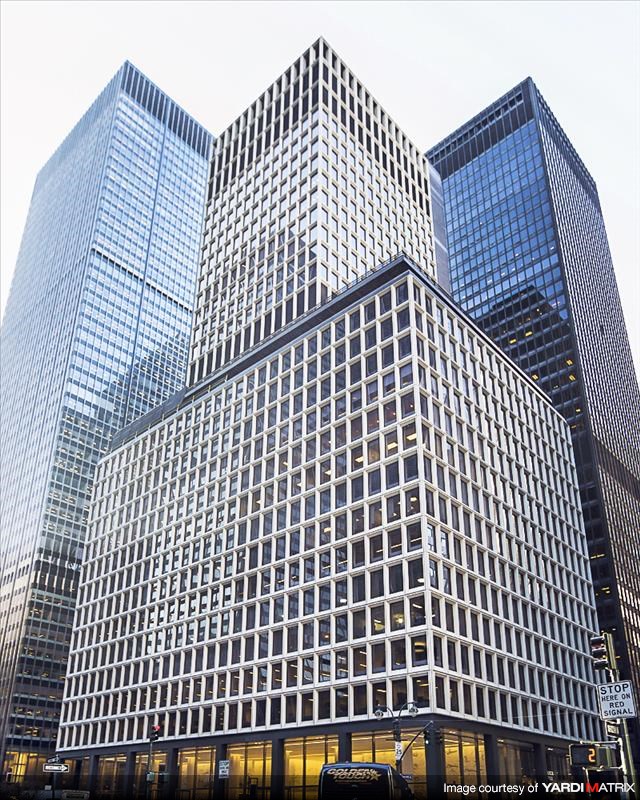 Looking back at commercial real estate investments in the mid-1990s, we are reminded of the 1980s Japanese money bubble that engulfed trophy Manhattan skyscrapers, oftentimes at record prices. Through the 1990s and early 2000s, most of the high-stake, record-price commercial real estate buyers were U.S.-based, either single investors or joint venture partnerships. Apart from the 1997 purchase of the Willis Tower by Canadian investment firm Trizec Properties, foreign players were absent from big-game real estate deals until the mid-2000s. 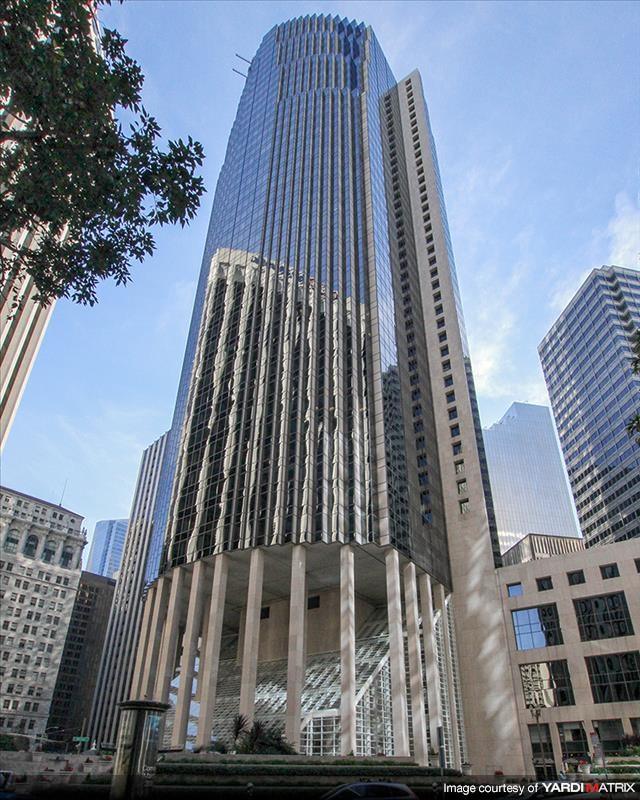 When the global financial crisis unfolded, foreign buyers were understandably more conservative and refrained from billion-dollar U.S. real estate shopping sprees. However, by 2011, investment geography shifted once again, and we saw foreign players venture into trophy property acquisitions without financial backing from local partners. The tower-hungry Japanese investors of the 1980s were now being replaced by Chinese buyers such as Anbang Insurance, HNA, and the China Life Insurance Group, along with the likes of GIC (the Government of Singapore Investment Corporation), and the Hong Kong Monetary Authority. 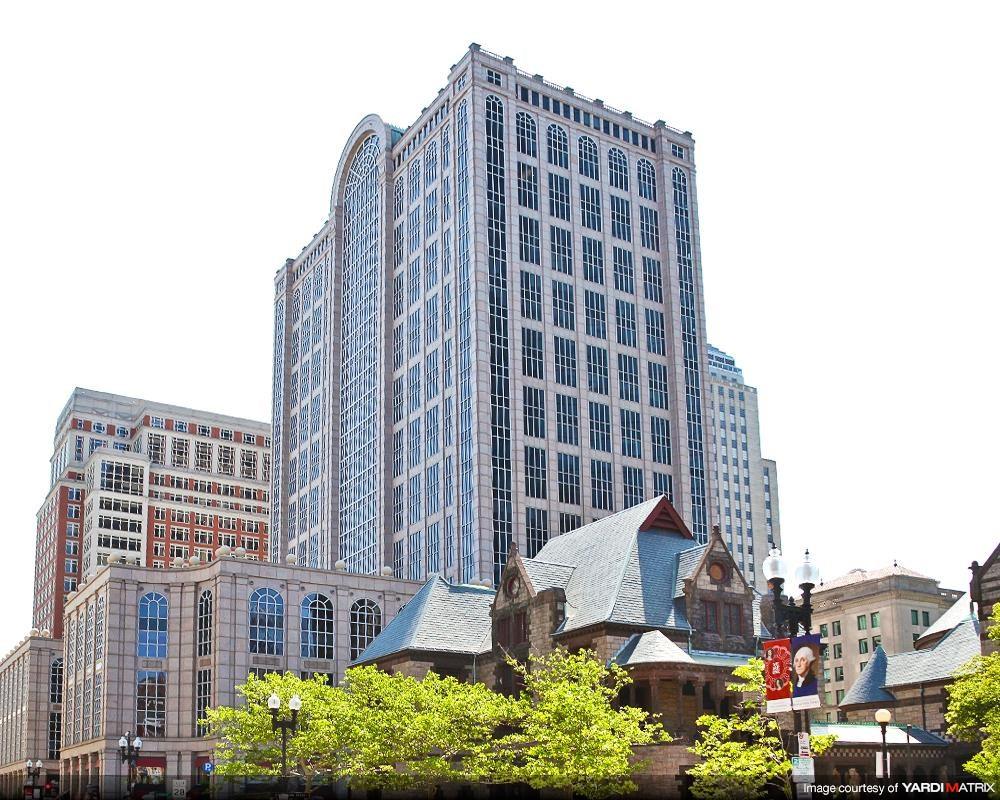 Though most of the best-selling commercial properties outside New York City were purchased by American companies, there was no shortage of foreign investors seeking bigger (and perhaps better) assets beyond the crowded Manhattan skyline. A partnership of two Asian investment authorities put down $851 million in 2012 for the shiny San Francisco office tower at 101 California Street. Toronto-based Oxford Properties Group partnered with U.S. investors to acquire Boston properties such as 60 State Street (bought for $817 million in 2014), and Five Hundred Boylston (bought for $755 million in 2015). The booming Boston office market also attracted Japan-based Mori Trust, which paid $673 million last year for the historic Back Bay building at 10 St. James Avenue & 75 Arlington Street.

With capital markets growing and evolving around the world, the rise of U.S. commercial real estate from investment alternative to portfolio-must-have seems to have come about at just the right time. Moreover, expanding international businesses investing in regional headquarters spanning almost all continents will continue to drive the U.S. trophy office market and we may also soon see today’s sales records shattered within the next few years.

We based this analysis on Yardi Matrix sales data recorded up until February 1, 2018 and going back to the start of 1995. Additional proprietary research was conducted to complement the sales data with detailed investor profiles. Our research looked at multifamily and office properties, and included single-sales and partial-stake sales, as well as properties that were purchased as part of a portfolio transaction, if information on their individual sales price was available.

Previous Story:
The 15 Most Freelancer-Friendly Coffee Spots in San Francisco