See Ventura office price per sqft in 2020, along with vacancy rates, sales report, and construction stats. 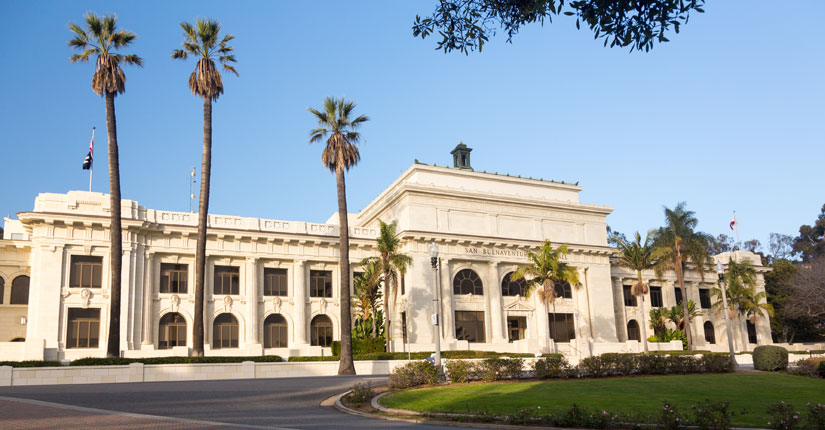 Ventura, officially known as the City of San Buenaventura, is one of the oldest settlements among California’s coastal communities. Located in Ventura County, the city is a part of the Los Angeles Metropolitan area. Founded in 1782 as Mission Buenaventura, the City was originally named after the Italian Saint Bonaventure and nicknamed as the “city of good fortune” and commonly referred to by early settlers as the “land of everlasting summers.” Today, the city is a full-service municipality serving over 108,000 residents and 12,880 businesses within the 33 square miles of coastline, hillsides, agricultural fields, and homes overlooking the beautiful Channel Islands. Ventura lies along U.S. Route 101, between Los Angeles and Santa Barbara, also known as the Ventura Freeway. Considered one of America’s most desirable places to live, the City is graced by a phenomenal climate, friendly residents, and a spectacular coastline. Ventura commercial real estate is strategically located among the Pacific Coast’s many gems, including Surfer’s Point, the Ventura Harbor, and its historical Downtown. Ventura’s park system includes 32 parks and historical sites, more than 800 acres of open green space and a state-of-the-art aquatic center. In 2015, the Washington Post called Ventura County “the absolute most desirable place to live in America” based on the USDA’s natural amenities index ranking of every U.S. county by scenery and climate.

Ventura is home to a diverse mix of more than 12,000 businesses and a robust workforce of more than 53,000, of which maintain a median household income of $67,000. The city is home to the headquarters of progressive businesses such as Patagonia, The Trade Desk, and Petunia Pickle Bottom, as well as a growing entrepreneurial ecosystem and dynamic startup community. The City was one of the first to sponsor a business incubator, Ventura Ventures Technology Center, which has now graduated a number of successful companies that include The Trade Desk, MomentFeed, Connexity, and GiddyUp. In 2016, the City’s economic condition showed improved job creation, lower unemployment, higher consumer spending, new housing, and new businesses. The city’s economy revolves largely around County government facilities, financial services, healthcare industry, retail operations, and a well-developed agriculture-based food processing industry. The City of Ventura supports 9,044 services and retail establishments, 1,866 wholesale, manufacturing, and warehousing, 1,701 property rental businesses, and 275 other services. The city’s largest employers include the County of Ventura, Ventura Unified School District, and the Community Memorial Health System. Ventura maintains a robust healthcare industry with four main hospitals, as well as a Kaiser Permanente medical office, a corporate headquarters for Clinicas Del Camino Real, and other ancillary services. Ventura is surrounded by 321,000 acres of agricultural land within Ventura County that provide approximately 20,000 jobs. Ventura is also a thriving tourist destination and is popular for those residents living in southern California.

Class A office space holds a 20.24% share of the overall Ventura, CA office market, while Class B office assets make up approximately 79.76%.

In 2020, roughly 41% of a total of 55,527 employed in San Buenaventura worked in Management, business, science, and arts occupations, followed by 24% in Sales and office occupations and 21% in Service occupations.

An estimated 92% of San Buenaventura residents aged 25 or over hold a high school degree or higher. Of those, 19% are high school graduates, 36% attended some college, 23% earned a bachelor's degree, with an additional 14% holding post-graduate degrees.