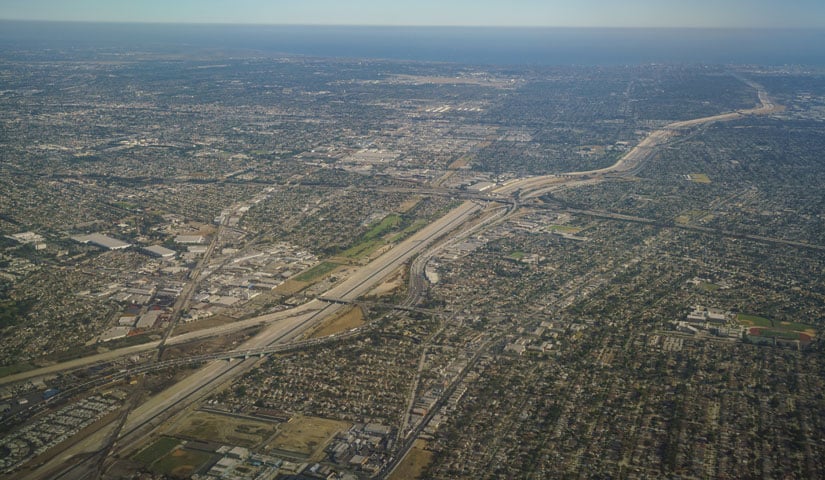 South Gate is part of the Los Angeles County economic area, and is just seven miles southeast of Downtown Los Angeles. Home to over 99,000 residents, this small 7.2 square mile settlement is located in the Gateway Cities region and benefits greatly from the increase in containers processed at the Port of Los Angeles and the Port of Long Beach, along with its centralized business access to the County. The commercial real estate market in South Gate is driven by the city's diverse mix of residential, commercial and industrial areas.

The area is a huge consumer market, with 10 million people, and the County conducts more than $400 billion in annual two-way trade. Moreover, South Gate has easy access to the Ports of Long Beach and Los Angeles, as well as the Los Angeles International Airport, the country's third most active international cargo airport.

With a median household income of over $43,500/year and a growing job base of over 40,100 employees, the economy in South Gate remains strong. Income and economic growth in South Gate are consistent, as business is attracted to the city's high density and highly visible commercial and industrial locations.

The success of the South Gate commercial real estate market is due to the city's ideal location for commerce, with Downtown Los Angeles, Los Angeles International Airport, and the Ports of Los Angeles and Long Beach all within a 20-mile radius of the city. South Gate is accessible through several major roadways, including the Long Beach and Century freeways, the main surface streets of Firestone Boulevard and Alameda Boulevard, along with an extensive freight rail system operated by Union Pacific and Pacific Railroads.

There is large commercial and industrial space available in South Gate, and nearly 1 million people living within a 5-mile radius of the city, and many of its commercial spaces can be seen by the over 212,000 cars that travel daily along the I-710 and Firestone Boulevard.

Job growth in South Gate has increased nearly 2%, with an unemployment rate of just under 7%. Over 53% of the labor force works in the areas of administrative, sales, production, material moving, and transportation.

The commute time in South Gate is just over 29 minutes, with over 3% of the workforce having a super commute of 90 minutes or more.  Over 14% of the work-day commuters carpool and just under 8% use some form of public transit.

Access to the integrated transportation systems of Los Angeles County is a boon to both residents and business in South Gate.

The ongoing COVID-19 outbreak has halted the progress of several commercial real estate projects in New York City. One of them is the latest addition to Kaufman Astoria’s campus ― the Queens Astoria Studios Office — located at 34 36th Street. Work on the 97,000-square-foot Queens office space be...

FirmVO operates virtual and short-term rental law offices in seven major legal hubs across the country. The company’s new Broadway location is within walking distance of pretty much all New York courts.

The Durst Organization has inked two new leases at its 1155 Avenue of the Americas property in Midtown Manhattan. The asking rent for the leased floors in the 790,000-square-foot office tower was $95 and $110 per square foot, according to the owner. Blockchain company R3 signed a 10-year contrac...