The U.S. commercial real estate market took something of a respite in 2016, during a year characterized by political volatility. Compared to the previous year, when the market fired on all cylinders, office players were more cautious in 2016, with leasing and sales activity cooling down to more sustainable levels, per most industry reports.

Office tenants were reluctant to make any major moves pending the conclusion of the presidential election, thus lease renewals and consolidations took the stage in the past year. Though office sales activity also decreased 7% year-over-year, according to Colliers, the national transaction volume was still the fourth-highest yearly total in the past 15 years, reaching $140.5 billion.

We enlisted the help of Yardi Matrix sales data to round up a list of the 50 largest office deals of 2016. The results of our analysis aren’t all that surprising: the New York City office investment market remains the most attractive destination for both local and offshore buyers, though other markets also landed a good deal of capital in the past year. The U.S. office market is poised to become even more attractive in the future, especially to foreign investors, if Brexit goes through.

Check out the list of the top 50 largest office deals of 2016 below:

NYC Home to Largest Single-Asset Sale of the Year 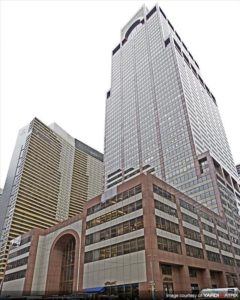 The priciest office transaction in New York City and the second-largest overall office deal of the year was the $1.93 billion sale of the AXA Equitable Center at 787 Seventh Avenue in Manhattan. One of the biggest investments in pension fund CalPERS’ history, the sale closed Jan. 27, 2016, at $1,179 per square foot. The 51-story, 1.6 million-square-foot tower is LEED certified and includes 49,000 square feet of retail space, a parking garage and access to the underground concourse of Rockefeller Center. CalPERS bought the property from AXA Financial.

Drawn by the array of investment opportunities, the promise of long-term, stable returns and property market stability, foreign investors are now pumping more and more money into U.S. commercial real estate, with a clear focus on office assets. Seven out of the top 50 office deals of the year were closed by Asian buyers, accounting for 15% of the total sales volume. Notable transactions included China Life’s $1.64 billion purchase of 1285 Avenue of the Americas in New York, in a joint venture with RXR Realty; the Hong Kong Monetary Authority’s $1.15 billion acquisition of 1095 Avenue of the Americas; Mirae Asset Global Investments’ $825 million partnership with Transwestern in Dallas; and Korea Investment Management Co.’s $354 million buy of 2970 Market St. in Philadelphia.

It comes as no surprise then that the market has become a haven for offshore investors, who are pumping record amounts of capital into U.S. office assets, especially in primary urban cores. According to JLL research, foreign office investment surpassed $20 billion in 2016, accounting for 16% of the overall acquisition volume. And while, historically, Canadians have been the most active foreign players on the market, Asian and German investors are now stealing the spotlight.

According to an Asia Society special report, China overtook Canada as the biggest foreign buyer of U.S. homes in 2015 and is already the largest holder of residential mortgage-backed securities issued by U.S. government-sponsored enterprises. A recent Rhodium Group study further shows that Chinese companies invested a record $45.6 billion in the U.S. economy in 2016, triple the amount recorded in 2015. Most investments came in the form of acquisitions, which accounted for $44 billion, per the study, primarily focused on real estate and hospitality. 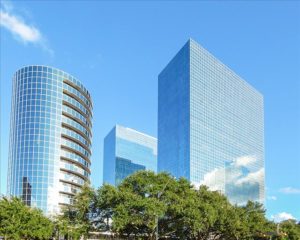 Though investment was mainly focused on single-asset transactions, there were a few major portfolio deals that made the news in 2016. However, portfolio volumes are lagging behind prior cycle levels, per JLL—in 2006-2007, large portfolio deals drove activity in the office sector, without even taking the Blackstone-Equity Office merger into account. Even so, the largest office sale of 2016 was a portfolio deal, with entity-level transactions expected to multiply in the following years. We thought we’d take a look at the most notable portfolio deals of the past year:

Top Destinations for US Office Investments in 2016 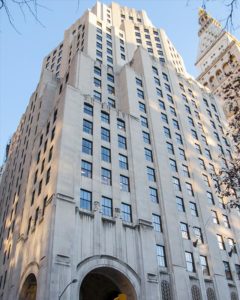 It should come as no surprise that the New York City office investment market was the main target for office buyers in 2016, accounting for $16.3 billion out of the top 50 largest sales alone. 18 out of the top 50 office deals closed in the Big Apple last year, and the buyer composition paints a very colorful picture. Alongside local and national buyers, offshore and cross-border investors pumped big money into the market, including Ivanhoe Cambridge, The Olayan Group, the Hong Kong Monetary Authority, China Investment Corp., China Life, Korea Post, Fimalac, HNA, Shanghai Municipal Investment and Allianz. A big chunk of deals closed in NYC were also partial stake interests, such as the 49% interest sales of 1095 Avenue of the Americas, 1211 Avenue of the Americas, 1 New York Plaza and 11 Madison Ave. Though 17 out of the 18 NYC transactions in our top 50 closed in Manhattan, one Brooklyn sale also made the cut: the $340 million sale of Jehovah’s Witnesses headquarters at 25, 30, 50 and 58 Columbia Heights and 55 Furman St. The purchase of the 2.3-acre site by CIM Group, Kushner Cos. and LIVWRK was one of the largest office sales to ever close in the borough.

There were 8 major cross-market transactions in our top 50 that closed in 2016, totaling in excess of $9 billion in sales volume. The priciest portfolio sale was Cousins Properties’ $1.95 billion buyout of Parkway Properties’ portfolio, which included a total of 19 office assets across 6 states. Blackstone’s $1.7 billion deal with Stockholm-based Alecta followed closely, while the third largest cross-market deal was Ventas’ $1.5 billion purchase of Wexford Science & Technology’s portfolio. 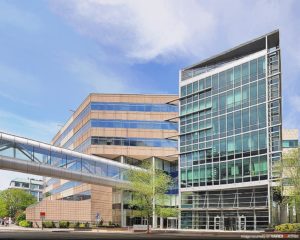 The Boston commercial real estate market also managed to draw in a good amount of capital in 2016, with 3 office assets fetching a total of $1.8 billion on our top 50 list. The largest one was Alexandria Real Estate Equities’ $725 million purchase of 1 Kendall Square, a 9-building office and retail campus, from DivcoWest. The second-largest deal to close in Beantown was the $630 million sale of 3 Blackfan Circle to the Blackstone Group in January. Last but not least, 101 Seaport Blvd. was acquired by Germany-based Union Investment Real Estate for $452 million. 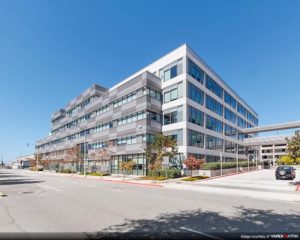 Los Angeles’ office market reigns supreme as the main target for investment on the West Coast, though only 2 local office deals made the top 50 list. The partnership between Douglas Emmett and the Qatar Investment Authority was all over the news in 2016, closing the largest office deal of the year in L.A. County–the $1.34 billion acquisition of 10880, 10940 and 10960 Wilshire Blvd. and 1100 Glendon Ave. Another notable transaction closed in October, when Edward J. Minskoff Equities closed on the $429 million purchase of 12181 and 12121 W. Bluff Creek Drive from J.P. Morgan Asset Management.

A recent CommercialCafe and Yardi Matrix analysis showed that the Blackstone Group was the most active player buying and selling on the Los Angeles County office market in 2016. The company cashed in $1.3 billion on the Wilshire Boulevard and Glendon Avenue portfolio sale to Douglas Emmett and QIA (the county’s largest office sale of the year), a sale which included some of the remnants of its $39 billion buyout of Equity Office Properties Trust in 2007. 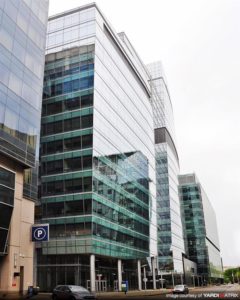 Now, Blackstone emerges as the most active buyer on our top 50 nationwide office sales list as well. The private equity giant closed 5 separate deals (2 as Equity Office) for a total of $4.35 billion across the U.S. The largest deals closed by Blackstone were cross-market, portfolio transactions: the $1.7 billion, 21-property deal with Alecta and the $1.162 billion, 15-property acquisition of Hines REIT’s West Coast portfolio. Blackstone also acquired 3 Blackfan Circle in Boston for $630 million, 555 Market St. and 575 Market St. in San Francisco for $510 million, and an 80% interest in 655 15th St., NW., in Washington, D.C., for $353 million.

Explore available listings and find the most sought-after office assets across all major U.S. markets with CommercialCafe.com!