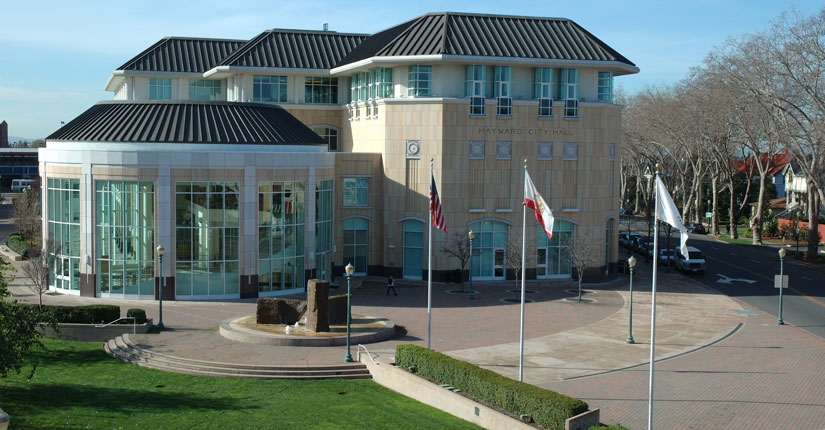 Hayward is located in Alameda County in the San Francisco East Bay region, between Castro Valley and Union City. With direct access to San Mateo via State Route 92, the city is home to over 152,000 residents. The commercial real estate market in Hayward is driven by its proximity to both Oakland, San Jose, and San Francisco, along with its central location within the East Bay, which places it in the center of a major business and transportation hub.

The East Bay Region of San Francisco includes many of the country's most commuter-friendly and logistics-friendly locations. As part of this region, Hayward's commercial real estate market benefits from its access to the Bay Area's interstate freeway network, heavy rail commuter systems, and direct access to the Oakland International Airport.

The economic development planning in Hayward lays the groundwork for targeted business attraction and development of key catalyst and opportunity sites in Hayward. The area attracts over $1 billion in venture capital annually, with investment focus on the bio-technology, medical sciences, alternative energy, and semiconductor industries.

Hayward is proactively leveraging these investment dollars by targeting strategic areas for development. Some of the major development projects in Hayward include:

Job growth in Hayward has increased by nearly 4.5%, with over 3,000 jobs added over the past year alone. While the mean household income in Hayward is over $77,400/year, nearly 25% of the households in the city earn more than $100,000 each year. Over 39% of the labor force in Hayward works in management, administration, sales, and production.

California State University - East Bay has its main campus in Hayward, and the city is also home to Chabot College, a community college that is part of the Chabot-Las Positas Community College District.

Because of its proximity to the metropolitan areas of Oakland and San Francisco, students in Hayward also have wide access to the universities and colleges of the entire Bay Area, including ITT Technical Institute in Oakland, Heald College in Hayward, Mills College, Holy Names University, California College of the Arts, University of California at Berkeley, and Academy of Art University in San Francisco.

The average commuting time in Hayward is over 30 minutes, about 20% longer than the national average. In addition, over 2% of the workforce has a super commute of 90 minutes or more, with 12% of the work week commuters choosing to carpool and nearly 9% using some form of public mass transit.

The years between 2000 and 2020 have proven to be quite eventful for the U.S. office market. The first decade started on the tail end of the dot-com bubble, which resulted in the boom and bust of an unprecedented real estate bubble. Then, the 2010s were marked by growth and consolidation, only t...

Racing for the Sky: The World’s Tallest Buildings to Date

For most of the past century, the U.S. reigned supreme as the home of the tallest buildings in the world. Then, Asia took over. Watch the world’s skyscraper race!

The ongoing COVID-19 outbreak has halted the progress of several commercial real estate projects in New York City. One of them is the latest addition to Kaufman Astoria’s campus ― the Queens Astoria Studios Office — located at 34 36th Street. Work on the 97,000-square-foot Queens office space be...