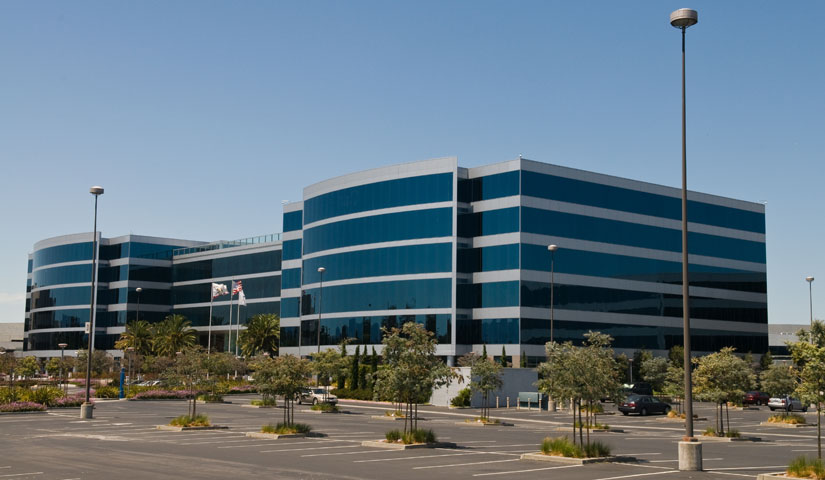 Santa Clara is a city located in the center of Silicon Valley, just three miles west of downtown San Jose and 45 miles southeast of San Francisco, in the northern part of Santa Clara County. The city is home to over 125,000 residents and sprawls over 18.41 square miles, bordered by San Jose, Sunnyvale, and Cupertino. Despite only being 45 miles from San Francisco, Santa Clara’s climate is rather distinct, particularly during the summer, when it’s usually warm and sunny, as opposed to foggy and cool conditions in San Francisco. Also known as the Mission City, Santa Clara is a charter city and enjoys a diversified industrial and commercial base. In addition to the headquarters of several high-tech companies, the City is also home to a university, a community college, an adult learning center, and a general hospital. Santa Clara boasts a large amusement and water park, California’s Great America, and the headquarters and practice facilities for the San Francisco 49ers NFL football team. Santa Clara commercial real estate is among the most desirable in the San Francisco South Bay area, due to its proximity to Silicon Valley, high quality municipal services, and friendly business environment that accommodates over 10,900 companies.

Santa Clara's economy is service based with technology dominating the marketplace by value, as is the case with most of the County. The San Jose-Sunnyvale-Santa Clara metropolitan region was ranked the highest performing metropolitan area in the U.S. in 2012, with a GDP of $177 billion. Santa Clara County has a long history as the seat of technology in the West, as Hewlett Packard was founded in the County in 1939, and IBM installed its West Coast headquarters in the area in 1943. The City is headquarters to some of the nation's leading electronics, telecommunications, computer, and semiconductor firms. These include Intel, Marvell, McAfee, Nvidia, OmniVision Technologies, and Palo Alto Networks. The city also owns and operates an electric utility called Silicon Valley power. As a result, the going rate for electricity in Santa Clara is considerably lower than that commanded by Northern California’s dominant utility, Pacific Gas and Electric. The top private employers in the City include Applied Materials, Intel, and California’s Great America. The City hosts an affluent community of largely professional service workers, with a median household income of $98,914.

One of the most prosperous counties in the United States, Santa Clara County offers premium office space for rent in its populous cities. Firms seeking commercial space for rent will find ample selection in Silicon Valley, joining such technology giants as AMD, Apple, Cisco Systems, eBay, Facebook, Google, Hewlett Packard, Intel, and Yahoo. Recovery and economic growth since the previous recession has resulted in a number of significant private developments in the City of Santa Clara. These include an expansion of its retail sector in its Santa Clara Town Centre and the Irvine Company’s Santa Clara Square Project, as well as the completion of office parks, such as the Stevens Creek Boulevard Office Campus and the Lawson Lane Office Campus. Other notable points of interest in Santa Clara include the Santa Clara Convention Center, one of Silicon Valley’s largest event and meeting venues, and the California’s Great America amusement park.

Old Quad Santa Clara is a 125-year-old neighborhood, filled with historic buildings, landmarks, and stories about the beginnings of Santa Clara. The name “Old Quad” is derived from the quadrangle shape of the original town of Santa Clara. Geographically, the Old Quad is an area enclosed by Scott Boulevard to the west, Newhall Street to the south and east, and the railroad tracks to the north and east. The Old Quad Santa Clara office market offers rates in the $30’s range and is Santa Clara’s largest office submarket.

Santa Clara’s unemployment rate has averaged at the low rate of 3.5%, and the County boasts a strong labor force of 1,052 million, primarily employed in the Professional and Business Services.

According to the Bureau of Labor Statistics, the industries in the San Jose-Sunnyvale-Santa Clara, CA area with the highest employment numbers include:

The city of Santa Clara is exceptionally educated, with an average 91.9% of the community having attained a high school diploma or higher. Santa Clara Unified School District serves Santa Clara and small portions of Sunnyvale and North San Jose. The city is home to nineteen K–8, elementary, and high schools. Many of the schools are named for former farmers, ranchers, and other notable Santa Clara residents such as Bowers and Bracher elementary schools, Buchser Middle School, Wilcox High School, and Santa Clara High School. Jesuit college Santa Clara University, junior college Mission College, and Golden State Baptist College are among the city's higher education facilities.

Employees in Santa Clara have a shorter average commute time of 22 minutes than the national average of 24.8 minutes. The largest share of workers drives alone, followed by those who carpooled and worked at home.

Who Grew the Most: Office Development in California Cities with Less Than 300K Residents

California means many things to many people. The Golden State is the birthplace of many of today’s tech behemoths, as well as a startup wonderland. Cities like San Francisco, Los Angeles and San Diego are attracting some of the best talent not just locally or nationally, but also from all over t...